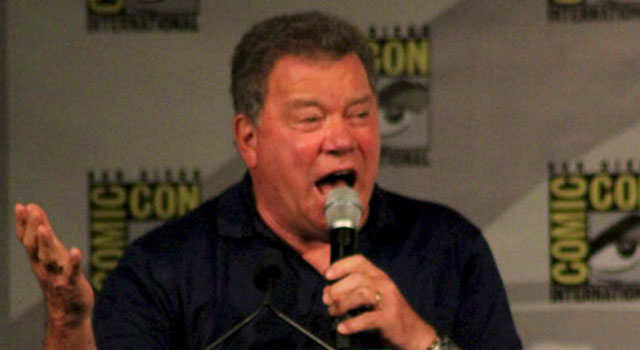 On Friday, William Shatner took the stage at San Diego Comic-Con to discuss his new EPIX documentary, The Captains. Shatner was joined on-stage by two other Star Trek captains, Avery Brooks and Scott Bakula. During the panel, moderated by director Kevin Smith, Shatner led the room of more than 2,000 Star Trek fans in what may be the largest “Khaaaaaan” scream of all-time.

Follow us on Twitter, as we’ll be tweeting photos and updates all weekend live from San Diego Comic-Con 2011.