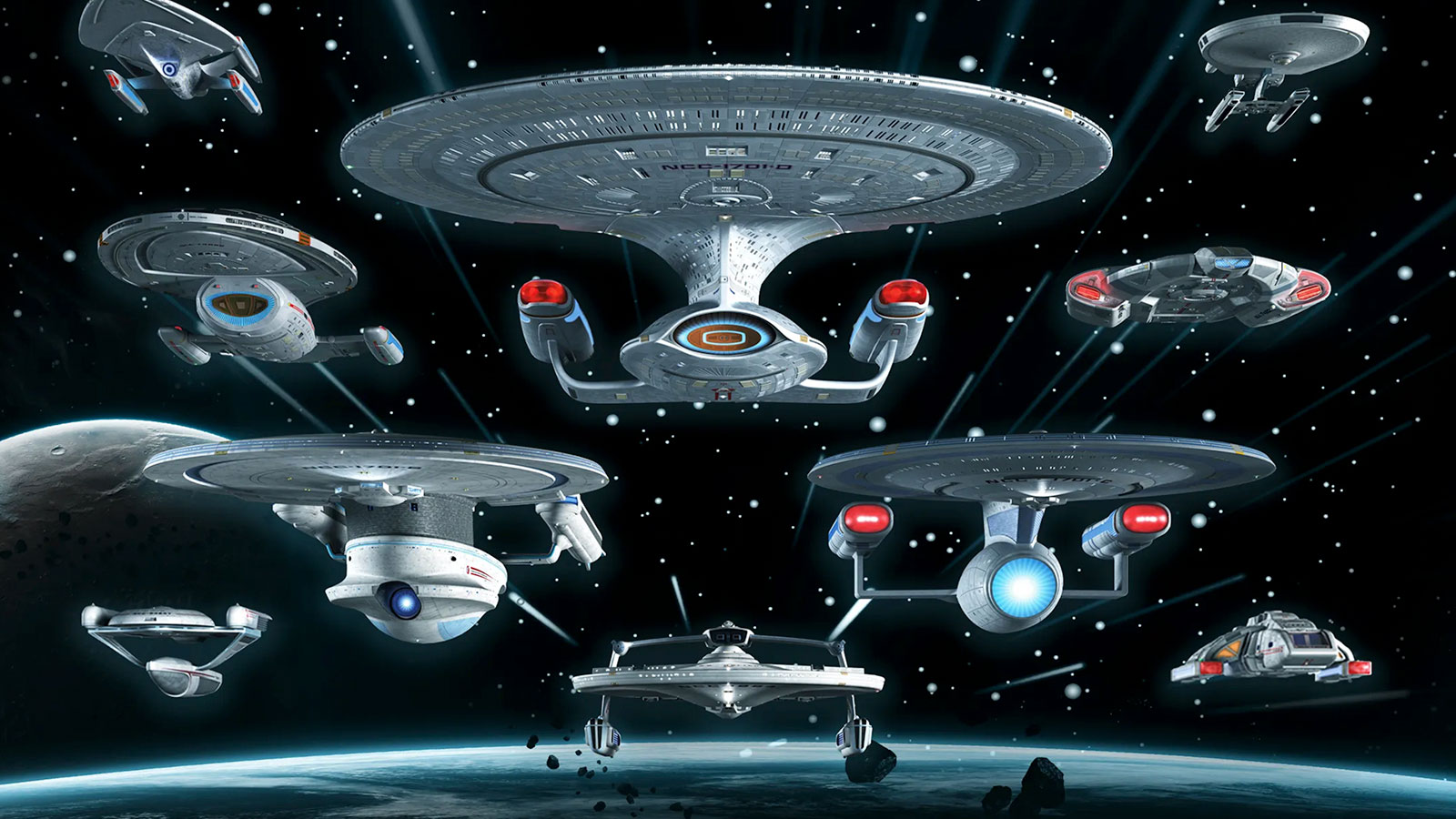 All good things that were old are new again, at least in the realm of Starfleet starships. Hero Collector, the company behind Eaglemoss’ ever-growing line of models of starships in the Star Trek universe announced the launch of a new collection today: the Star Trek Starfleet Starships Collection.

The Starfleet Starships Collection will follow a monthly subscription model. It will include hand-painted, die-cast replicas of over sixty “essential” Starfleet ships spanning multiple shows including The Original Series, The Next Generation, Deep Space Nine, Voyager, Enterprise, all ten of the “Prime Universe” feature films, and beyond. As with previous releases, each ship comes with a magazine that includes a detailed profile of the ship, as well as behind-the-scenes information about its creation, complete with original sketches and artist/designer interviews. Models in this line will include the U.S.S. Enterprise NCC-1701-D, U.S.S. Defiant NX-74205, U.S.S. Enterprise NCC-1701, U.S.S. Voyager NCC-74656 and Enterprise NX-01. The full list of the ships has not been announced yet but the ships named in the press release were previously published by Hero Collector in multiple formats, like their Official Starships Collection and standalone model building kits as well.

The line is also being promoted as an opportunity for newer collectors to grab these classic ships, so it should be no surprise if some are repaints of models printed for previous lines. While this is a golden opportunity for the new collectors, it will no doubt bring down some of the secondary market value of the models of the same ships published in previous lines. This news also comes on the heels of another announcement from Eaglemoss/Hero Collector about the release of three new large-scale models of ships from Discovery and Picard. The addition of this new line to their already stacked lineup of other models, specialty products, books and more reaffirms a busy time ahead for Hero Collector. Since these models are printed overseas, the unpredictable element of the global shipping crisis, which has already caused Eaglemoss to delay the release dates of their last two books published earlier this year, looms over the plans for these models as well.

Check out promotional images of the models below.

The first-ever NX-class starship, the NX-01 was launched – under the command of Captain Jonathan Archer — by the United Earth Starfleet in 2151. Among its numerous accomplishments, the NX-01 helped destroy the Xindi weapon. The ship was retired in 2161.

Arguably the most revered craft in all of Starfleet (and Star Trek), the Enterprise was a 23rd century Federation Constitution-class starship. It was captained by Robert April, Christopher Pike and the legend himself, James T. Kirk.

Captain Jean-Luc Picard commanded the crew of this spectacular 24th century Federation Galaxy-class starship. The fifth Federation starship to proudly bear the name Enterprise, she served as the Federation flagship from 2363 until her destruction in 2371.

A 24th century Federation Intrepid-class starship, the highly sophisticated Voyager became stranded in the Delta Quadrant in 2371. Though all aboard expected it to take 75 years to return home, Captain Kathryn Janeway and her crew made it back to their loved ones in seven years.