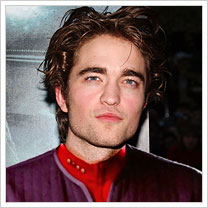 Greetings readers, and welcome back to the latest (and long-delayed) installment of “Federation Follies.” For those of you wondering where the column has been, I’ll tell you what I told my TrekNews editors: “prison, awaiting bail.” For those of you who haven’t been wondering: … well, thanks for nothing.”

Regardless, during my time away, I’ve seen chatter on this fine website (and others) about a possible pitch for Star Trek’s triumphant return to television. Now, there are some out there who don’t think this is likely to happen for various reasons, and I tend to agree; Paramount doesn’t seem too into Trek on the silver screen right now. Unlike the rest of the internet, though, I have no intention of taking this sitting down; I plan to STAND UP (while writing this!) AND GET THEIR ATTENTION. What follows is my slam-dunk pitch for a new Star Trek series that will get those studio suits to take notice. I present to you:

Captain Val Edwards, the third-youngest Starfleet officer to ever be named captain of a starship, has just taken command of the U.S.S. Nocturne. When a strange string of murders below decks begins to catch the attention of the crew, Edwards fears that his darkest secret may come to light: he’s actually a (salt) vampire! Are his recent blackouts a sign that after years of dedication, he’s losing control and killing his own crew? Or is some darker force at work?

Meanwhile, Chief Medical Officer Ellen Laurie has her own problems in Sickbay: love is in the air! With her head nurses both head-over-heels for the same Bolian intern and tempers flaring, will she be able to hold things together? Or is there a nasty polywater breakout right under her nose? Also, why is popular music from the early twenty-first century always playing over the intercom?

Finally, Chief Engineer Leland Miranda has to turn Main Engineering into a daycare for the Nocturne’s children when a Klingon werewolf turns the ship’s school into it’s new den! There will be laughs aplenty and lessons learned as Starfleet’s youngest new “cadets” show their elders how it’s done! Plus, Chief Miranda’s daughter is A WIZARD.

I’m sure you’ll agree with me that this exciting, compelling, completely fresh, 100% new, not-at-all-derivative-of-other-media take on our beloved franchise is just the shot in the arm television, if not society as a whole, needs right now. So let’s start writing those letters and make it so, people.