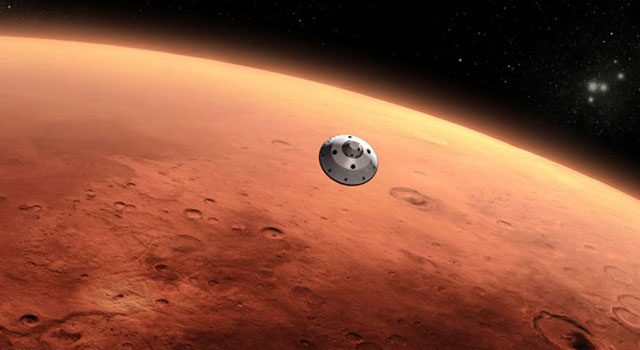 On Sunday, August 5th, NASA’s Mars Science Laboratory rover, Curiosity landed safely on Mars a few hours ahead of schedule, despite some minor complications. The first images it returned to us were spectacular! 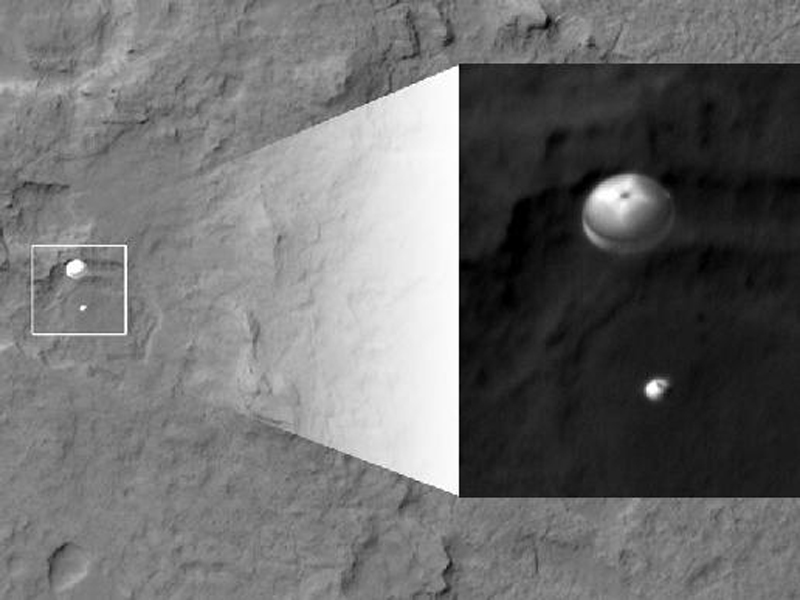 Curiosity Descending onto the surface of Mars

A color image of Curiosity while still in its heat shield, just shortly after disembarking from its spacecraft. While this is a low resolution photograph (and a higher resolution image is expected to be released in a few months), the detail of the heat shield is quite remarkable and appears surreal in the context of the Martian landscape. 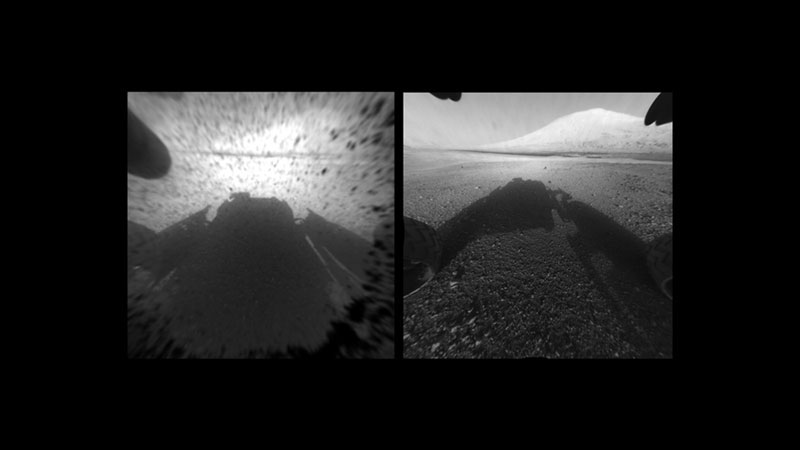 Curiosity awakens to a new world; the first images captured by its frontal camera before (left) and after (right) the dust settled from the landing.

The science team at NASA is still publishing images from the Martian rover, so these are not the only ones. In fact, NASA has compiled many more images (not shown here), some of which were rendered in a 3D format to allow viewers a glimpse of what it would be like to walk on Mars before we finally and actually do (get your red and blue 3D goggles ready!). Visit https://www.nasa.gov/mission_pages/msl/multimedia/gallery-indexEvents.html for a gallery of these exciting pictures! 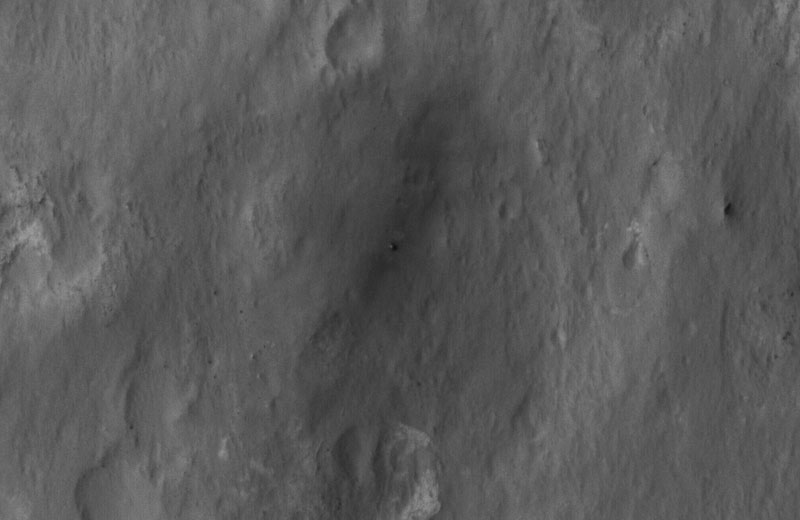 A zoomed-in orbital snapshot of Curiosity from the Mars Reconnaissance Orbiter’s HiRISE camera. The small dark dimple at the very center of the image is Curiosity.

But taking pictures of this enigmatic world is not our ultimate goal. Rather, we hope to find clues regarding its habitability: did it have life at one point, was its geological history conducive to a world capable of supporting life, can it still support life, can we hope to visit and eventually start a colony on this planet? Many questions perplex us, and even more shall arise before we answer them. But are we there already? That point, that crucial precipice, before we take to the planets and beyond? Are we really that far advanced that the prospect of colonizing other worlds is amenable and practical to us? It seems only yesterday when Star Trek presented to us a futuristic view of Mankind reaching out to foreign stars and planets, eventually meeting, trading, and uniting with other races. Is that future still science fiction, or are we now open to pursue it? While that dream is still in the far future, one thing is certain: we are closer to a manned mission to Mars than we were ten years ago when the last Star Trek series was still on the air. Curiosity is the most advanced rover we sent to Mars yet, and it is just a start before we do reach Mars and walk on its surface with our own feet.

Be patient Trek fans: science and reason will take us to “where no Man has gone before!”