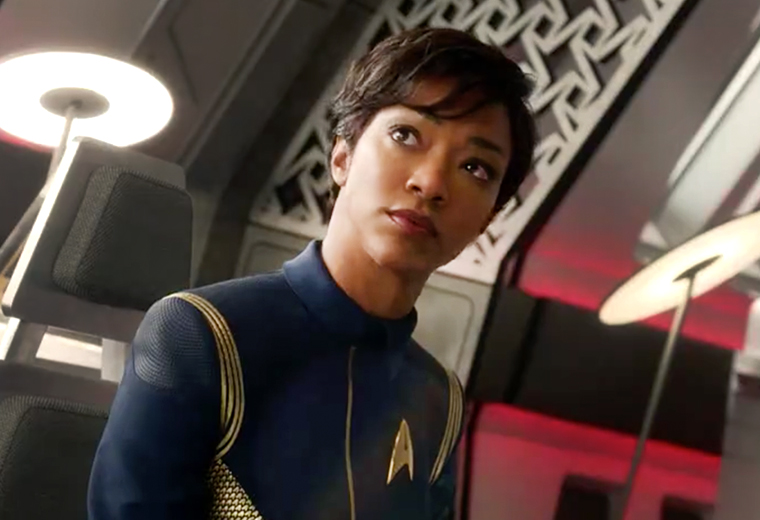 A new Star Trek: Discovery social media trailer has hit the web. In the action-packed trailer released on Thursday, we get a few new shots that includes Captain Philippa Georgiou (Michelle Yeoh), Ensign Connor (Sam Vartholomeos) and the crew of the Starship Shenzhou engaged in what appears to be a battle with the Klingons. As the Shenzhou goes to red alert, we hear what we believe to be Captain Gabriel Lorca (Jason Isaacs) talking to First Officer Michael Burnham (Sonequa Martin-Green), saying:

You are gifted. Gather your strength… find the way to help those that need you.

We are then shown an attack on the Shenzhou and Lt. Saru (Doug Jones) “sensing the coming of death.”