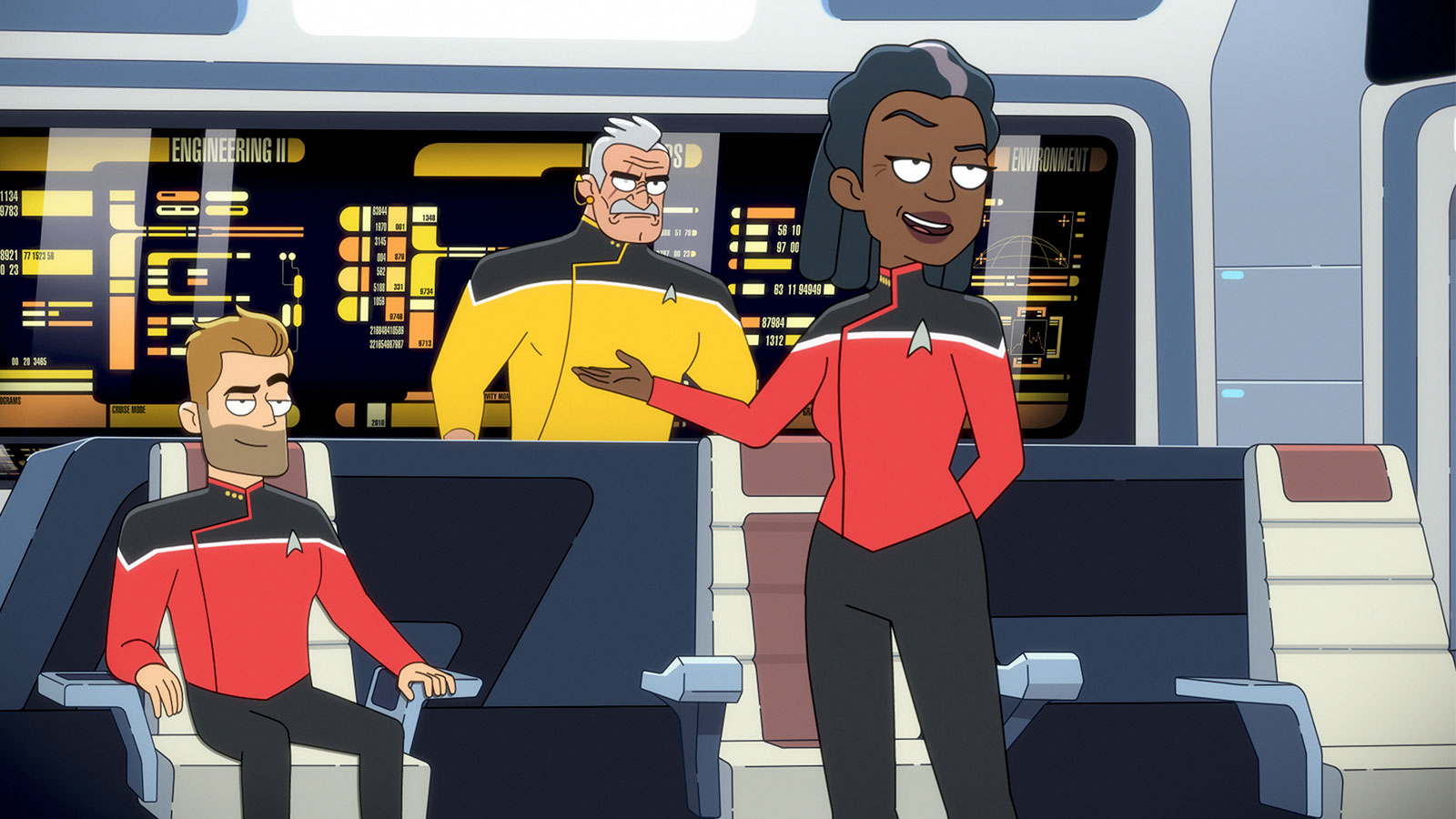 Star Trek: Lower Decks returns on Thursday, September 29 with the season’s sixth episode “Hear All, Trust Nothing“. We have your first look at the episode along with some preview images below.

The episode is written by Grace Parra Janney and directed by Fill Marc Sagadraca.

One additional image was revealed during the latest episode of The Ready Room, featuring the Cerritos crew aboard Deep Space Nine.