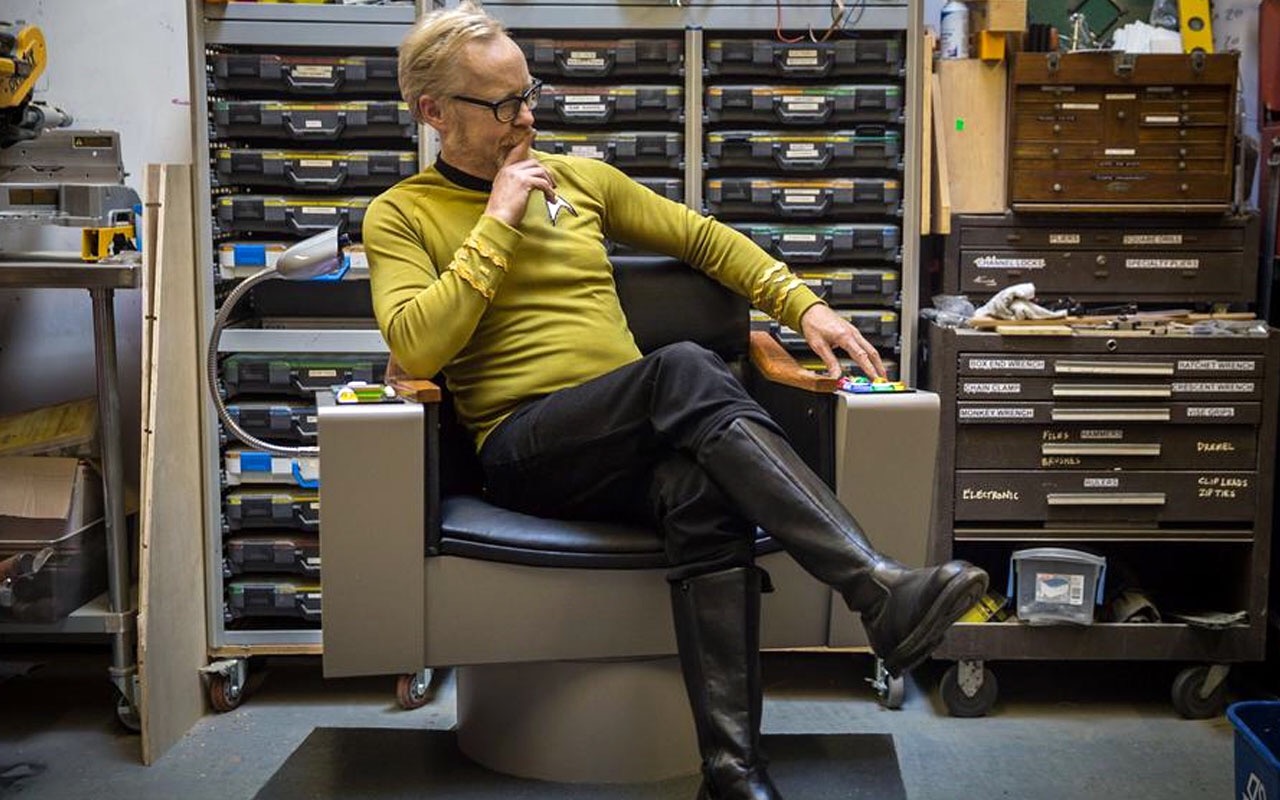 Adam Savage, best known as one of two co-hosts of the Discovery Channel’s MythBusters, is a card carrying and proud geek. He’s also a self-described Trekkie.

In the latest episode of his new podcast Tested, Savage shows how he built a classic Star Trek replica of Kirk’s command chair from scratch.

We’re in for a treat today–Adam shares the story of his Star Trek Captain’s Chair, which he became obsessed with building from scratch after acquiring an insufficient replica. With the help of friend Jeremy Williams, Adam spends a day wiring in the electronics to bring his new Enterprise command chair to life. After much problem solving and troubleshooting, the effort pays off in a big way!