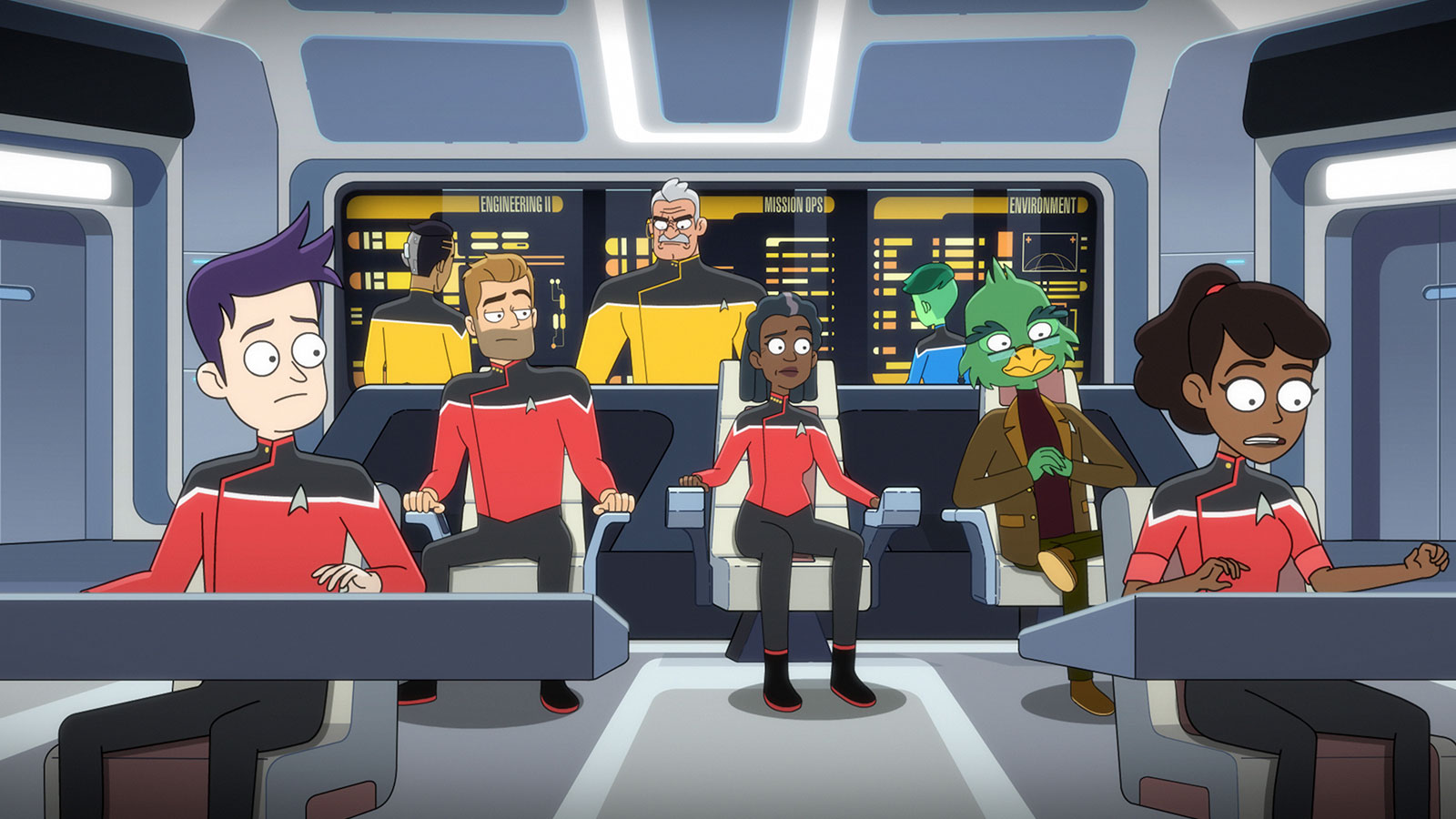 Following a visit to Deep Space 9 in last week’s episode, Star Trek: Lower Decks returns on Thursday, October 6th with the third season’s seventh episode “A Mathematically Perfect Redemption”. We have your first look at the episode along with a preview image below.

The episode is written by Ann Kim and directed by Jason Zurek.

A wayward Starfleet ensign struggles to find a path to redemption.