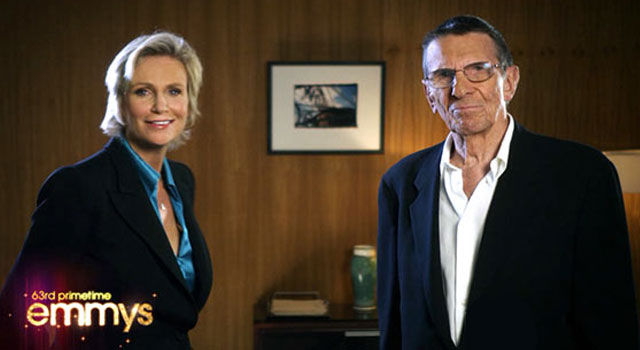 Nimoy, who played the role of “President of Television” in the skit with Lynch was joined by Jeremy Piven and Rex Lee from Entourage, Johnny Galecki, Jim Parsons and Kaley Cuoco from Big Bang Theory, Kevin Nealon, Andy Richter, Eric Dane from Grey’s Anatomy, the cast of Mad Men and several other stars.

Watch the embedded clip below.