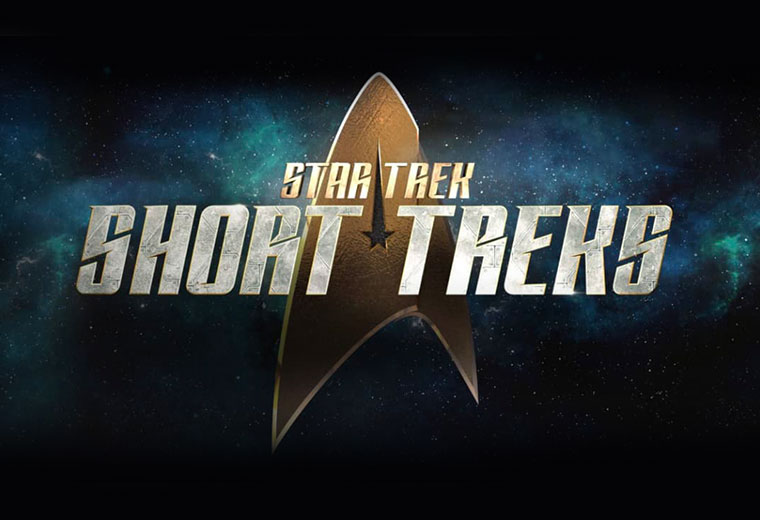 The complete second season of Star Trek: Short Treks is now streaming for free on the CBS All Access YouTube channel. The second season of the series was comprised of six episodes including “Q&A” which starred Anson Mount, Ethan Peck, and Rebecca Romijn, “The Trouble with Edward” with Anson Mount, Rosa Salazar, and H. Jon Benjamin, “Ask Not” with Anson Mount, Ethan Peck, and Rebecca Romijn, the animated episodes “Ephrain and Dot” and “The Girl Who Made the Stars,” along with the Star Trek: Picard prequel “Children of Mars.”

Star Trek: Short Treks has been nominated for Outstanding Short Form Comedy Or Drama Series for this year’s Emmy Wards.

Check out all six episodes along with links to our reviews below.

Ensign Spock’s (Ethan Peck) first day aboard the U.S.S. Enterprise doesn’t go as planned when he and Number One (Rebecca Romijn) are unexpectedly stuck together in a turbo lift.

“The Trouble with Edward”

Newly minted Captain Lynne Lucero (Rosa Salazar) is excited to take command of the U.S.S. Cabot, until she meets Edward Larkin (H. Jon Benjamin), an ornery scientist who believes he has found a revolutionary new use for tribbles…

Our review of “The Trouble with Edward”

When an attack on Starbase 28 leaves a surprise prisoner under Cadet Thira Sidhu’s (Amrit Kaur) watch, she is faced with making a decision that may threaten her standing in Starfleet.

Our review of “Ask Not”

Ephraim, a humble tardigrade, is flying through the mycelial network when an unexpected encounter takes her on a bewildering adventure through space.

Our review of “Ephraim and Dot”

“The Girl Who Made the Stars”

When a lightning storm in space scares a young Michael Burnham, her father aims to ease her fears with a mythical story about a brave little girl who faced her own fears head on.

Our review of “The Girl Who Made the Stars”

12 year-old classmates Kima and Lil find themselves at odds with each other on a day that will change their lives forever.

Our review of “Children of Mars”