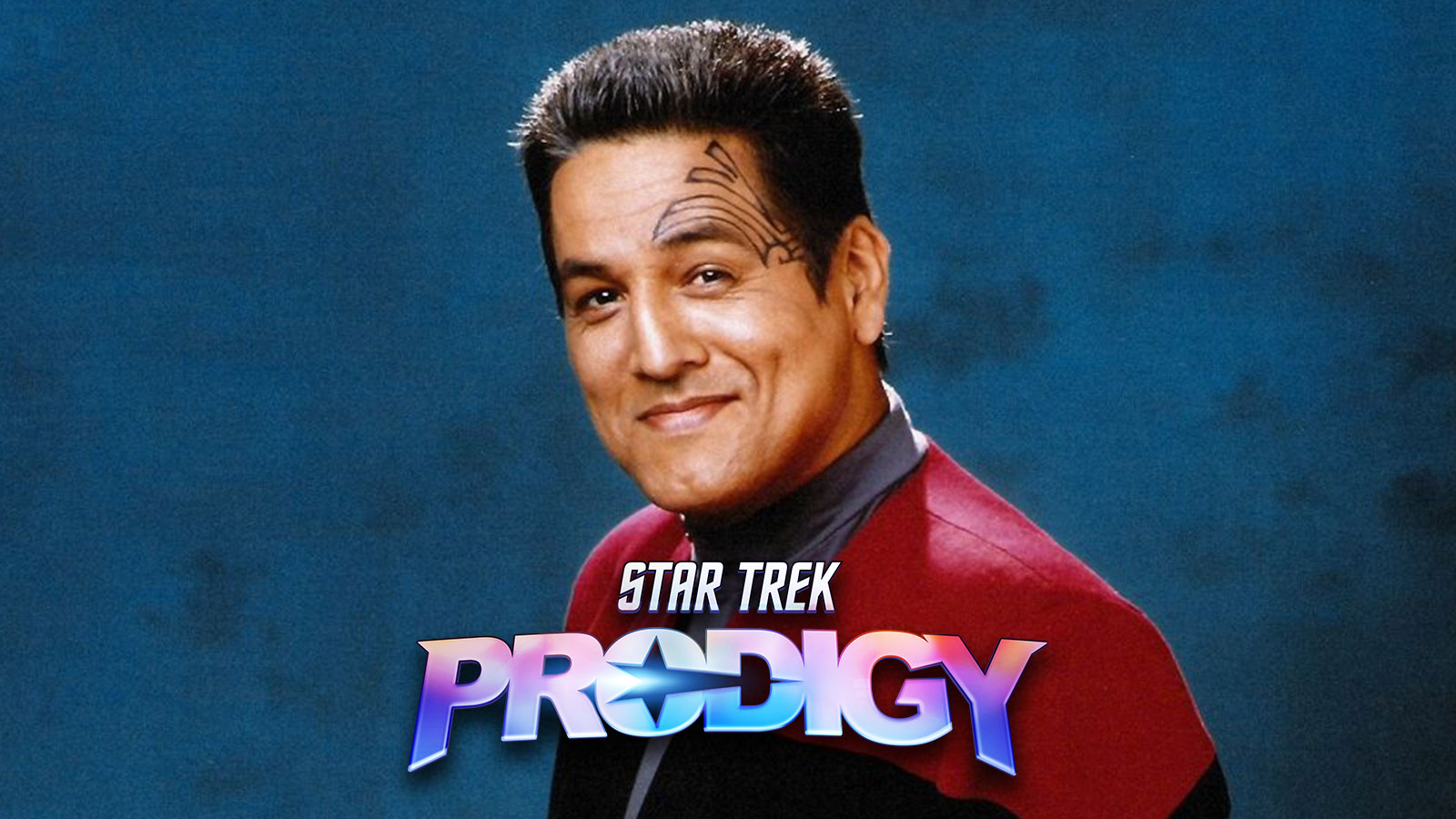 Robert Beltran is set to return to the Star Trek Universe as an animated version of Captain Chakotay. Announced by executive producers Kevin and Dan Hageman during the Star Trek: Prodigy panel at New York Comic Con on Sunday, Beltran has been officially added to the cast.

Previously, Beltran eluded to the casting back in August, during the 55-Year Mission convention in Las Vegas. However, until now, the casting had not been confirmed by CBS.

During the panel, the Hageman brothers announced some additional series guest stars, including Daveed Diggs as Commander Tysess, Jameela Jamil as Ensign Asencia, and Jason Alexander as Doctor Noum.

Series star Kate Mulgrew showed off a new teaser spot during the panel, featuring herself as a holographic Kathryn Janeway.

The trailer for Star Trek: Prodigy was first unveiled during the Paramount+ Star Trek Day streaming event in September.

Star Trek: Prodigy will premiere on October 28th on Paramount+, prior to being broadcast on Nickelodeon. The series stars Kate Mulgrew, Brett Gray, Ella Purnell, Angus Imrie, Rylee Alazraqui, Dee Bradley Baker, Jason Mantzoukas, John Noble, and Jimmi Simpson and is being produced by Kevin Hageman and Dan Hageman, along with Ben Hibon.