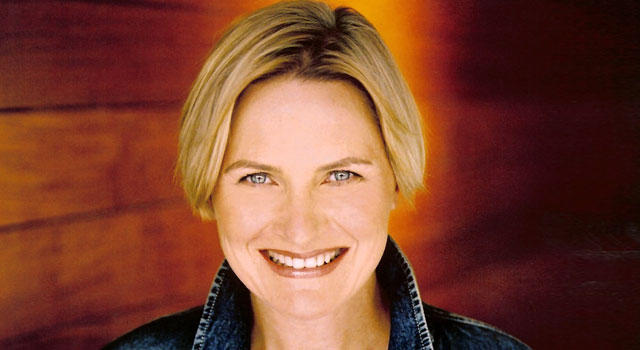 Denise Crosby Talks TNG at 25, 'Trekkies' and Reprising the Role of Sela

Denise Crosby, best known for playing the role of Lieutenant Natasha “Tasha” Yar on the first season of Star Trek: The Next Generation and Sela, the alternate timeline Romulan, recently appeared on the Priority One podcast.

Last year, TNG celebrated its 25th anniversary. To observe the milestone, the cast reunited and appeared on stage together at several conventions around the world. Crosby discussed being on stage with her former castmates, saying:

Any time we’re all together and brought out on stage and sort of honored in that way is tremendous. You think about twenty-five years, it kind of wow flew by. It’s wonderful to have this place in the Star Trek history and to be so deeply appreciated is always so moving. We were all very very fortunate and we’re all grateful that we were a part of this.

She went on to discuss her appreciation of Star Trek fans.

It’s a symbiotic relation ship. Us, the actors and the fans. We couldn’t do it without you guys. 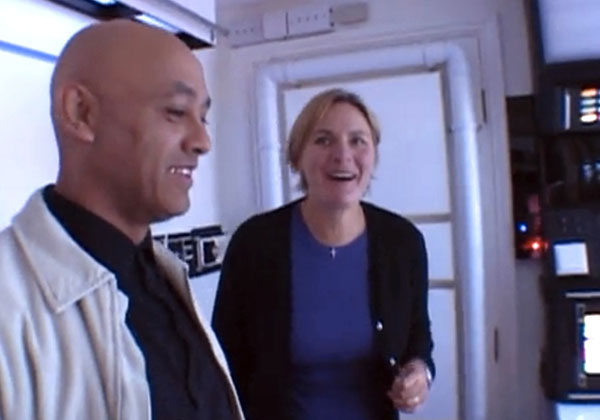 Crosby starred in both Trekkies and Trekkies 2, the documentaries by Roger Nygard which focus on devoted Star Trek fans. She talked about the documentaries and how she saw the cultural shift while making the first film. From fans being guarded about their fandom to seeing geek culture enter the mainstream.

I think the most significant thing is when I started out making Trekkies—the documentary—I was really beginning to see the culture changing, in that sci-fi, the internet was just starting to come alive, but people were pretty much still in the closet, so to speak, about their fandom and their eagerness to take part in this. I was seeing a sea change. It was all starting to happen. So I think where we are now is, it’s cool to be a nerd. 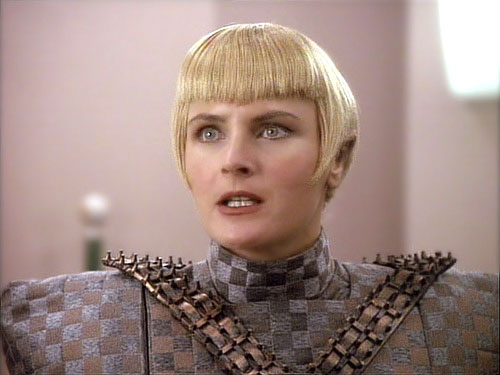 Crosby as Sela in the fourth season of TNG

She went on to discuss returning to the role of Sela in “Legacy of Romulus”, the first expansion pack for Star Trek Online.

Listen to the entire interview with Denise Crosby at Priority One Podcast.

In this article:Denise Crosby, Interview, Star Trek: The Next Generation, TV