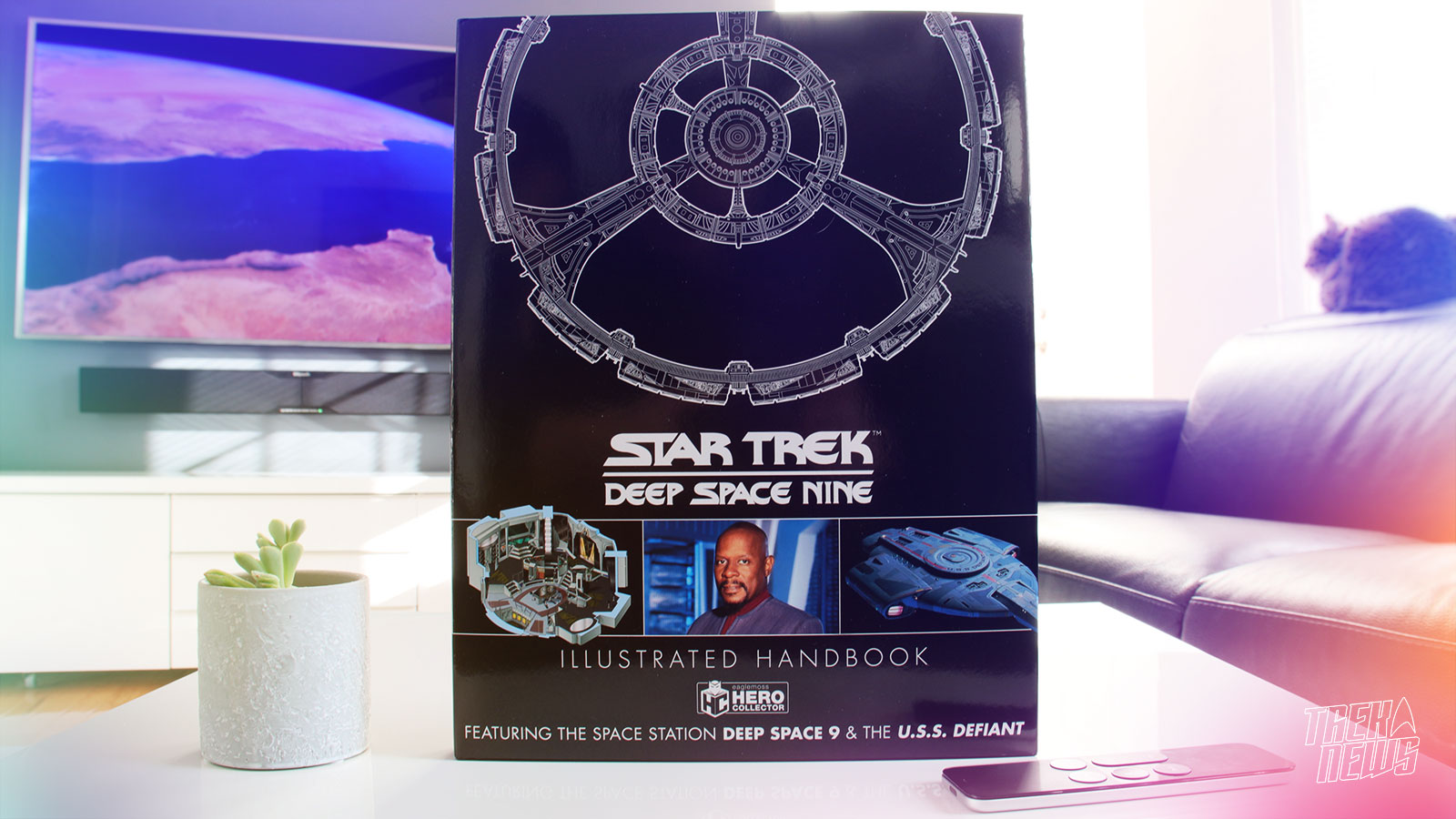 Nearly two hundred different areas of the space station, including those mentioned above, each get their own dedicated page full of descriptions and rarely seen images in the Star Trek: Deep Space Nine Illustrated Handbook. Brace yourselves, this book is the closest we’ve gotten yet to an actual tour of our beloved space station!

The partnership between Eaglemoss and the Star Trek franchise seems, for all intents and purposes, one blessed by the prophets themselves. For years, Eaglemoss has rolled out model starships that are critically acclaimed and, due to their limited edition, have also become hot tickets in the Star Trek collecting community. Eaglemoss’ literature division, Hero Collector, refusing to take second place to its parent company’s collector items, has knocked it out of the park with high quality, informative, and entertaining releases that expand our knowledge of Roddenberry’s ever-growing universe. The Star Trek: Deep Space Nine Illustrated Handbook is the fourth in Hero Collector’s illustrated handbook series. The previous three — the USS Enterprise NCC-1701, the USS Enterprise NCC-1701-D, and the USS Voyager — have all been well received. Does the DS9 Handbook manage to hold up the high bar set by its predecessors?

Yes. Yes, it does. Space station Deep Space 9 doesn’t have the benefit of warping from one end of the universe to another on a whim. It’s bigger than a typical starship. It’s not home away from home for most of its occupants, it’s home. It is the gate guarding a wormhole that is the envy of the universe. It is also the divine cradle that holds in its long-winded halls the destinies of the Bajorans and the Cardassians. How do you even begin to encompass all of that in one book, not to mention the station’s companion ship, the U.S.S. Defiant? Turns out the route its writer Simon Hugo and editor Ben Robinson take is a great way to go about it. The book starts with a quick layout of the history of the station prior to it becoming DS9, all the way to its status toward the end of the seven-season series. We then get treated to beautifully illustrated cross-sections of not just the station but also its essential parts like the Fusion Power Generation, the EPS Network, the Defensive Shields, and many more. Going through these pages which read like an engineers’ manual gives you a peek into the mind of Miles O’Brien and his team.

If the technical parts of the station start wearing you down, you can jump to Quark’s Bar where you can learn about the game of Dabo and spend valuable time with Morn, an experience essential for the soul of every Trekkie. While at the bar, you can overhear engineers discussing their troubles with the transport systems. You might even see freight workers hushedly discussing contraband deals before heading to the cargo boy. If you listen really carefully you will no doubt hear whispers of anti changeling devices but don’t get too nosy because there in the corner Odo is watching, ready to pounce on you for not minding your own business! Good luck trying to outrun Odo as you speed across the space station, running past crew quarters, the mess hall, the infirmary and even if you make it past the pristine security gates of DS9 and into the safety of your ship, just know it’s game over when the Defiant starts tailing you.

The DS9 Handbook is a guided tour, a handbook of the architectural marvel, a history book and a collection of lessons in space station construction all rolled into one. The breathtaking, incredible cross-sections, the surprisingly easy-to-understand technical information, and the captivating photos of the station’s crew make this book an essential read for every Deep Space Nine fan.