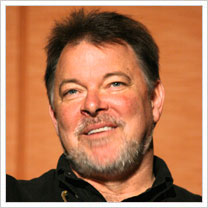 On Saturday October 16 we attended the first ever Trek Xpo as part of the Hollywood Xpo event organized by Sky Conway, the Producer of the well-known fan series, Star Trek: Of Gods and Men.

The event took place over three days, October 15-17 at the Hilton at Universal Studios in Hollywood. The Trek Xpo portion of the show, included guests such as Walter Koenig, Nichelle Nichols, Alan Ruck, Tim Russ, Jonathan Frakes, Michael Dorn, John Billingsly, Robert Duncan McNeill, Cirroc Lofton, and more. While the celebrity guest list was impressive, we’d imagine the fan attendance was lower than organizers had hoped. Regardless the guests and fans seemed to have a great time — I know we did. From listening to JG Hertzler and Robert O’Reilly discuss their time on DS9, to speaking with Walter Koenig in the exhibitors room, to having a drink with Jonathan Frakes at the hotel bar, the Trek News crew experienced a day we won’t soon forget.

Below are a few of our photos from Saturday’s event. 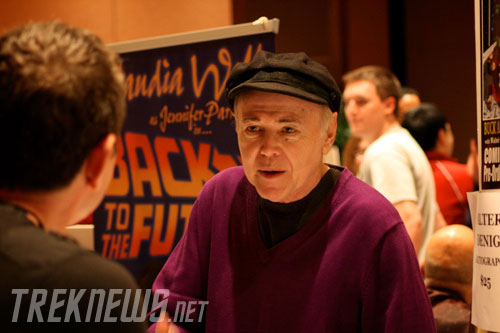 Walter Koenig talks to a fan 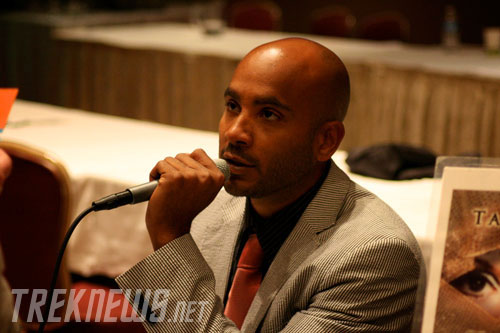 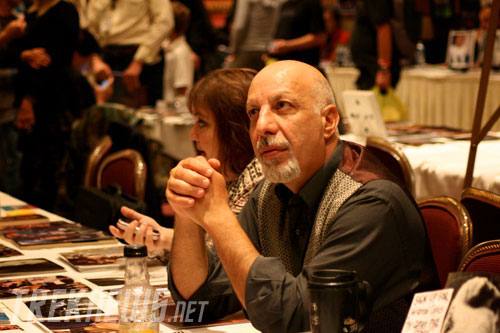 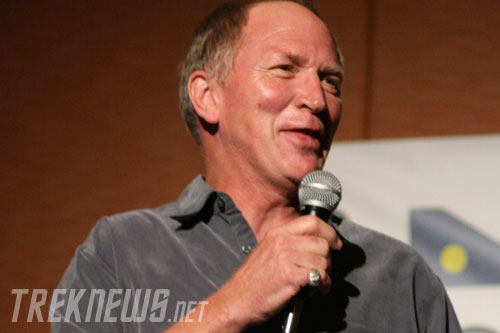 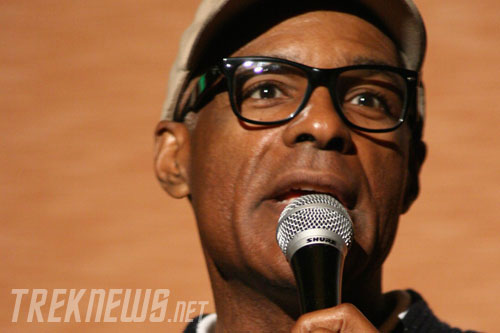 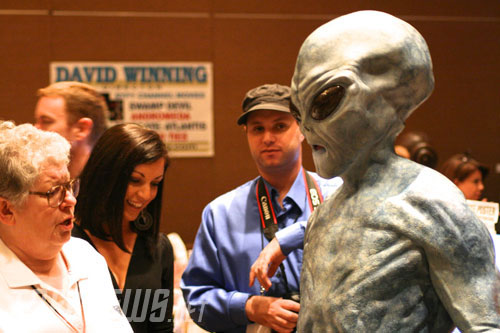 Fans check out the alien, "Nesbit". 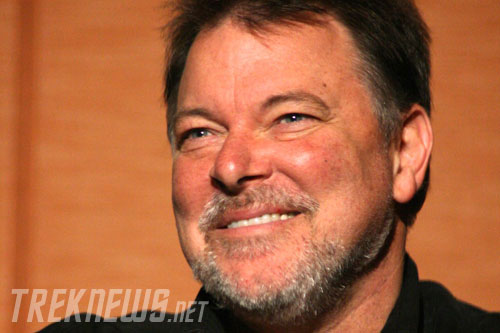 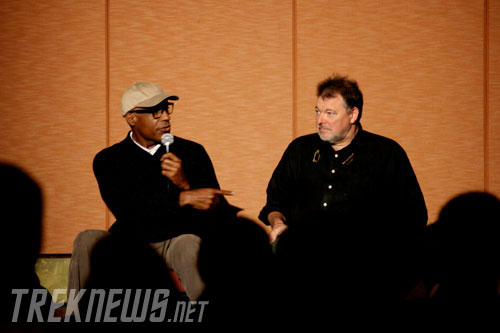 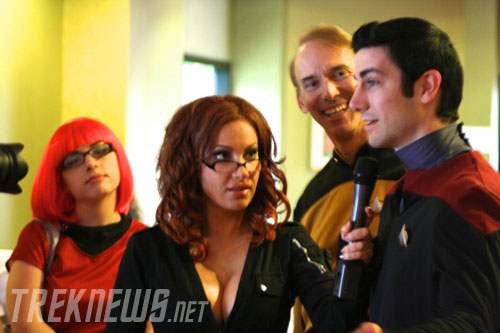