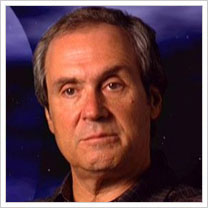 Former Star Trek producer, Rick Berman recently answered a list of questions over at the official Star Trek website. Below is an excerpt from the second part of the questions Berman answered.

Why were there no gay characters on TNG, DS9, Voyager or Enterprise? Was that your decision or the studio’s?

Berman: It was not the studio’s decision. I know that when Gene (Roddenberry) was alive he was very ambiguous about the idea of a gay character or gay characters on the show. He felt it was the right thing to do, but never quite had any idea of how he was going to do it. As Michael Piller had said many times, the idea of seeing two men or two women in Ten-Forward holding hands was not really going to be an effective way of dealing with it. So Gene basically didn’t do anything about it, and then when Michael and I were involved with the concepts of the stories on the show, we just felt it would be better to deal with concepts of prejudice against homosexuality and topics like AIDS metaphorically, in ways other than human gays on board the ship. So we developed a number of different stories that dealt with same-sex relationships, that dealt with metaphorical diseases that were similar to AIDS. But they were all done in alien fashion to try to get people to think about these things as opposed to just hitting it right on the head, which would be having a gay character on the ship. It’s something that Michael and I discussed. It’s something that Brannon Braga and I discussed, that Jeri Taylor and I discussed, and we never really got around to coming up with a way of just adding a gay character. So we tried to deal with it in a more abstract science-fiction way.

You said in our initial interview with you that you didn’t know that much about the original Star Trek series when you got involved with TNG. Looking back, do you think that might have adversely affected your work on Enterprise?

Berman: Well, I did not know the Original Series when Gene hired me. I would say that by the time we got to Enterprise, I probably had seen two-thirds to three-quarters of the Original Series. I also, obviously, was familiar with everything that was involved with TNG and DS9 and Voyager. Since we were going back a century before the Original Series characters I felt that I was familiar enough. Also, I felt that Brannon, who was in charge of the writing staff, and Manny Coto, and David Rossi and the other writers and consultants we had, people like the Okudas (Michael and Denise), certainly would point us in the right direction when we screwed up. So it was not a big concern of mine. If we screwed up, if things fell between the cracks, it was unfortunate, but we did our best.

What supporting or one-off characters on any of the shows would you have liked to have used more often?

Berman: The character of Ro Laren. We created that character so that we could spin her off into DS9. We loved Michelle Forbes. I still love her. I think she’s a remarkable actress. She was great as Ro Laren and she was going to be the character that ended up being Kira. Michelle, at that point, had gotten some feature roles and decided she did not want to commit to a television series. So we re-cast the part and it became a new character. In terms of other actors and roles, we had so many wonderful guest stars. Fionnula Flanagan. Frank Langella. We had dozens of remarkable actors on the shows that we would have wanted to come back. I think that my favorite actor in a small role on TNG was Colm Meaney. I just adored his acting. He was in the pilot. I don’t know if he had any lines, but he didn’t have a name. He was Helmsman. Colm was somebody I just wanted to get more and more involved, and we did that on TNG and then we brought him aboard full-time on DS9. I would have loved to have Ashley Judd do more. The fellow who played Moriarty, Daniel Davis, was wonderful. David Warner, what a wonderful actor. The actor who played Picard’s brother (Jeremy Kemp)… These were all extraordinary actors that we got to use over the years, and there were many we thought of ways to bring back, some of which we did and some of which, unfortunately, we didn’t.

Who were some actors or actresses – who were either well known at the time or are well known now — that almost appeared in Star Trek, but didn’t for whatever reason?

Berman: When we were looking for the Borg Queen on First Contact we had meetings with Isabella Rossellini. We had meetings with Nastassja Kinski. Both of them were interested in doing the part and both of them, for one reason or another, ended up not doing the part. At one point we had hopes for a small cameo role for Tom Hanks in either First Contact or Insurrection, I can’t remember which, that didn’t work out. We had hopes, and I’ve discussed this over the years, of doing a two-part Enterprise episode with Bill Shatner. He’d worked out a whole idea that was wonderful. Manny and Brannon and I had two meetings with him, and the monetary end of things did not work out as far as the studio was concerned. When were casting the role of Soran, which Malcolm McDowell played in Generations, I got a call from Marlon Brando’s agent saying that he was interested in doing it. It was the biggest thrill of my life. But the studio was not willing to pay the money that Mr. Brando was looking for. At the other extreme, we got a call from Whoopi Goldberg, who was at the height of her career. Gene and I went and had lunch with her. She said, basically, that she wanted to replace Tasha Yar, which wouldn’t have worked, but we said, “If you want to come be on the show as a recurring character, we’d love to have you.” That was at a point when we’d already decided to create the Ten-Forward bar and she became the bartender. Her character was born out of that. It was pretty amazing, having an Academy Award-winning actress say, “Put me on your show.” It doesn’t happen very often in television.

Read all of Berman’s answers over at StarTrek.com