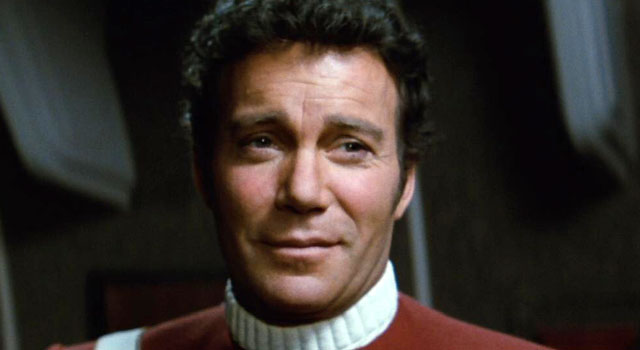 William Shatner is again sparking rumors that he’d be interested in reprising his role as Captain James T. Kirk in JJ Abrams next installment of Star Trek, due out next summer. During a recent interview with The Seattle Times, Shatner was been quoted saying: “I’d be delighted”.

As the current star of the CBS comedy $#*! My Dad Says, Shatner went on to joke about JJ Abrams saying: “I’ve become acquainted with JJ Abrams and he’s smaller than I am. I like to find people I can stand next to that I can tower over.”

Q. The characters you play seem to be based on you, but how much are they actually like you?

A. I suppose it has elements of me. I’m going to host the Canadian Emmy Awards, The Genies, and they had written some material for me. It was brash, funny and vulgar, so I said to them, “Who are you writing for?” This is an invented Shatner. … I hope it’s not too much me. … I’m more honest, and more human.

Q. How did you develop the speaking cadence you are so known for?

A. I don’t really talk that way. I probably spoke like that in “Star Trek,” because I was trying to figure out what else to say and what the words were, so it came out in that cadence.

Q. What are your thoughts on “Star Trek’s” legacy?

A. “Star Trek” was and is apparently a cultural phenomenon. I think it struck a nerve in its humanity, as well as its sense of adventure. Maybe the actors had something to do with it. … It was a joyful experience for me.

The entire interview is available at The Seattle Times website.