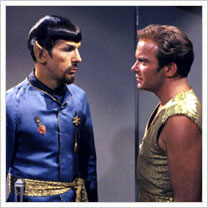 Mirror, Mirror is a weekly column by Tyler Regas which examines the juxtaposition of current events and concepts examined in the various Star Trek shows and movies.

Energy is an element with universal impact. We all use it in one form or another. In simplistic terms, whenever we generate heat of any kind, we are generating energy. I’m no scientist, but the concepts are simple enough. Here, then, is a brief definition of energy from Princeton’s WordNet service:

a thermodynamic quantity equivalent to the capacity of a physical system to do work; the units of energy are joules or ergs) “energy can take a wide variety of forms”

When we rub our hands together, we generate heat energy from friction. When we put a frozen meal into a microwave oven the pulsing waves cause water molecules to vibrate, generating another form of heat energy. When a large fissile atomic nucleus such as uranium-235 or plutonium-239 absorbs a neutron, it may undergo nuclear fission. The heavy nucleus splits into two or more lighter nuclei, releasing kinetic energy, gamma radiation and free neutrons to generate yet another form of heat energy.

Of course, you may have already gleaned the fact that the focus of this week’s column is the potentially amazing disaster unfolding at Japan’s Fukushima Daiichi nuclear power plant following the massively destructive power of a 9.0 quake and a 30’ tall tsunami. In fact, it’s rather surprising that the earthquake measuring 9.0 on the Richter scale which caused a 30’ wave to wash miles into the Northeastern coast of Japan and kill or cause to become missing an estimated 25,000 could be overshadowed by anything at all. Of course, it is also testimony to how easily fear can be generated, like heat, by the Fukushima plant failures and the ultimate risk of uncontrolled nuclear disaster.

Earthquakes and tsunamis can be survived. We still have the planet and our basic needs. We simply care for our planet, rebuild what was lost, mourn our dead, and move on. It is incredibly saddening, but it’s not, and I’m not making a joke, the end of the world. Nuclear disasters, however, are ones of our making. Human ingenuity is, after all, a curse and a blessing. We make choices about how we leverage technology in society, and we don’t always make the best choices for the right or wrong reasons. Society, by its very nature, is a collection of disparate personalities forged in the shaping fires of the environments we create for ourselves. Because of this, we don’t always factor in the potential consequences of our actions and choices. Choice, in fact, has a lot to do with this column’s associated episode.

In the Star Trek: Voyager episode, Time, And Again from season 1, Janeway and her crew are caught in a powerful shock wave which is the result of a man-made disaster caused by the use of Polaric energy on a Class-M planet in a Red Dwarf system. When Janeway and Paris go to the surface to investigate, they are transported a day into the past through a subspace rift caused by the massive, planet killing explosion.

While one day in the past, they get caught up in the events which lead to the disaster and determine that it is the rescue effort made by the Voyager crew to get them back to their own time that actually causes the disaster in the first place. Due to this paradox, the crew must figure out how to not go to the planet to investigate the destruction in order to cause it from happening at all. Of course, there are several complicating factors, like the fact that it already happened the first time, so there’s no time travel event which could have caused it in the first place, and that there are terrorists on the planet planning to destroy the Polaric energy plant, but we can ignore those details.

It is the simple fact that there is such division in any society regarding the use of dangerous forms of energy that is the salient issue. We have been experiencing such division on Earth for a very long time. We have coal which spews hydrocarbons by the tons into our atmosphere, natural gas which, through the process of hydraulic fracturing, causes water tables to be contaminated and make water flammable, and nuclear reactors which can fail and pump radiation into our atmosphere and cause cancers. If that’s not enough, we process millions of barrels of crude oil into a dizzying array of petroleum products, the vast majority of which are toxic, produce even more hydrocarbons, and will eventually run out.

We know that Polaric energy is a stand-in for nuclear energy, and for years thousands of protesters marched on Washington D.C. to decry the use of nuclear energy. While the terrorists on the unnamed planet in the Voyager episode were a dramatic device, they were also a concentration of our fears of nuclear disaster and/or war, the clearly represent our mirrored concerns over the use of nuclear energy on our own planet. That fear is not exactly surprising. After the invention of nuclear weapons and their subsequent use on Japan to end World War II followed by the Bay of Pigs in the 60’s, we were all more than a little harried over the idea of killing our planet.

Even in the 70’s and 80’s while I was growing up and before the end of the Cold War, there were constant fears of some event triggering nuclear war with Russia. Three Mile Island and Chernobyl churned similar fears, but we’ve had a long time since the Russian disaster to get complacent and most of us, I believe, had even stopped really thinking about nuclear energy at all. It took one of the largest earthquakes in recorded history, one of the most televised and horrifying tsunamis razing cities and land in enormous swathes, together causing all of the catastrophic damage at the Fukushima plant to get us to notice again.

The moral to the episode was that you pay the consequences for doing something and not thinking it all the way through. Janeway and her crew were able to save an entire planet of people (possibly, there’s no way to tell for sure) simply by not trying to help, which is at odds with the moral, but it makes for good television. In reality, we can’t ignore a complex, human problem and expect it to go away. We’ve seen this made real with drug addiction, believing in politicians on the campaign trail, and Charlie Sheen. We see, despite our lack of effort, that apathy allows the fringe players access to the controls.

Most of the fringe are the rich and powerful. Rich people are primary components of industry, and industry is a beast which can never be sated. Feed the beast once, Seymour, you can’t stop. Industry, it seems, must always figure out ways to increase the bottom line, even if it means breaking a few eggs in the process. The problem is that society and it’s citizens are those eggs, and far too many our broken out of no choice of our own. The builders of the Fukushima Daiichi plant are no different. They made choices based on cost and bottom line that weren’t the best for everyone involved.

Even Mother Russia, the great Socialist Experiment, made choices based on the bottom line when it came to Chernobyl. When the designers were sitting down and deciding on the plant’s overall plans, they decided to leave out a second containment vessel likely because it would have cost too much or taken too much time or was too much of a challenge to design or was so ordered by the Politburo or the plant was too far behind schedule or any number of other possible reasons. The choices made at Chernobyl have had a dramatic effect on a huge number of people who weren’t given a choice.

In the end, these factors make nuclear power something to be feared, and for good reason. Much like the pre-Warp race who will never know that Janeway and the crew of the Voyager saved their planet from choices made based on other choices, we have decided to use a very dangerous source of energy. Our reasons are different, of course. We have corporate greed tempered by a complete lack of any kind of sense of civic duty or social responsibility, all of which fuels the flawed use of nuclear energy, top down.

In Time and Again, an entire developing race of humanoids was wiped out, never to be able to make choices again. The ultimate price was paid, and you can bet your bottom dollar that very few people were involved in making the decision to risk an entire planet. We have done that here, but to this point we have survived these choices. How much longer before one of those choices rears its ugly head and strikes without warning.

Mother nature, after all, doesn’t need a reason. 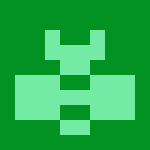