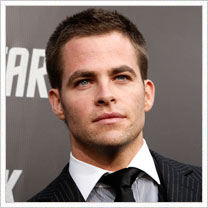 According to Deadline, Paramount Pictures has “scrapped a tentative plan” to reboot the Jack Ryan franchise which Star Trek’s Chris Pine was set to star in. Instead, Paramount will focus on the sequel to the 2009 Star Trek film. The sequel, according to Paramount, is still set for a June 29, 2012 release.

While Chris Pine is a lock to return as Captain James Kirk, Star Trek 2009 Director, J.J. Abrams is still uncertain whether he’ll return to direct the sequel. With Alex Kurtzman, Roberto Orci and Damon Lindelof currently working on the script, the film is set to begin production this fall to keep on track with the summer 2012 release date.

In this article:Chris Pine, JJ Abrams