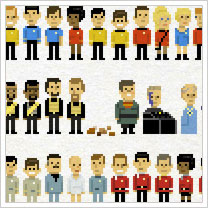 Trexels is a limited edition 8.5″ x 11″ print from John Martz and Koyama Press, featuring 235 of your favourite Star Trek characters (give or take a few Tribbles) in pixelated form.

While the print will debut at the MoCCA Festival in New York City this weekend (April 9-10, 2011), John is currently running a contest on his site, where he’s giving away prints to two entrants who correctly name the most characters. 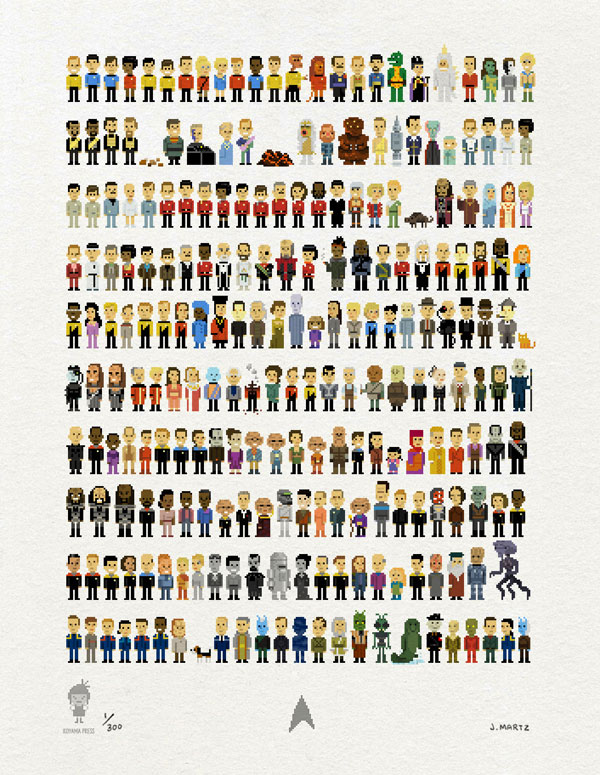 For more information, check out JohnMartz.com/trexels