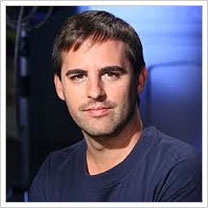 Writer, Roberto Orci answered a few questions regarding the still unnamed Star Trek sequel (which is set to be released June 29, 2012) during roundtable interviews at WonderCon this past weekend in San Francisco.

Orci who along with fellow Star Trek writer Alex Kurtzman are currently working on Welcome To People, Cowboys & Aliens, Fringe and Hawaii Five-0 alongside his Star Trek 2012 responsibilities.

” If I spend two days thinking about Star Trek instead of [C&A], when I come back to this movie, it’s like I’ve been gone two weeks, and it allows me to come back fresher, so it surprisingly helps each other.”

Regarding some fans criticism of the 2009 film, Orci said:

”I do see what fans think online, very much in Star Trek, it is a sequel that you can genuinely say that the fans are consultants on. Now they’re caught up with us, they know exactly what the first movie was, and any one of them could go out now and generate a couple of story ideas for what this could be. So it’s a fun guessing game, and you do get to incorporate some of the complaints; you cannot just answer them, but voice them in the movie. I enjoy that – I enjoy seeing what people say, even if it’s super nasty.”

Regarding character origins and themes for the next film, Orci said:

“The first one had to be an origin story – or we felt it had to be an origin story; it was kind of Star Trek Zero – how did it all start? So to do that organically, you had to get each character in his or her place. Now, they’re all together from the beginning, and so now they’re all going to face I think a theme that is different and potentially more challenging than just they met and they’re kind of facing this force of nature in Nero. So the theme of their family is going to be something great to explore that you don’t get in the first movie.”