Are you sitting down?

I’m assuming you are.

Unless you have one of those office treadmill things at your desk; but even then, if your boss isn’t around, you might be sitting on that. I ask because today I want to briefly talk about one of mankind’s greatest (yet most taken-for-granted) inventions and how Star Trek took it and made it AMAZING: the chair.

We’re all familiar with chairs, of course. We all have at least one (I hope), and they have a long and storied history in our pop-culture. 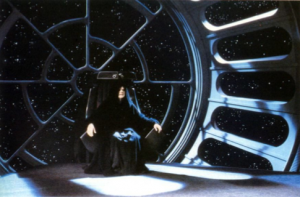 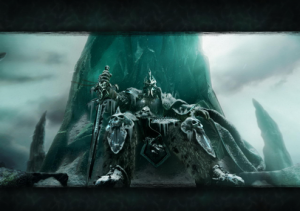 We’ve even seen The Tick fight a dude with a CHAIR FOR A FACE: 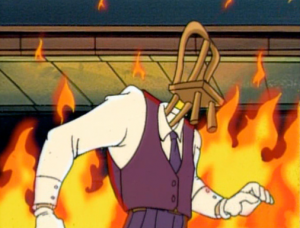 … so we know that chairs can be sources of power. Many more examples can be found throughout history (both fictional and physical), but we’re here to talk Trek. So let’s cut to the chase and look at the man who elevated “sitting in a chair” to an art form: 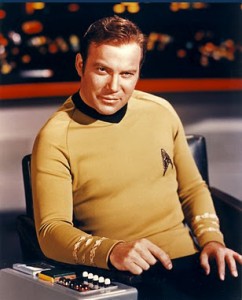 I’m almost tempted to just end the article here, and let that image do the talking, but I doubt my editors at TrekNews.net would appreciate that. So let’s see if we can’t break down what’s happening here:

That Chair Is His Work Station

The rest of us only wish we could look that dashing and comfortable while at work. It’s a little-known fact (that I think I read in Mr. Scott’s Guide to The Enterprise) that the command chairs for the Constitution-class starships used to have cubicles around them, but Kirk’s charisma blew them away the instant he sat down. Let’s not even get into the fact that the man in that picture isn’t just “at work;” he’s in the armed forces. The gentleman in that chair is commanding a “Class I Heavy Cruiser… [one of the] premier front-line Starfleet vessels in the latter half of the 23rd century.” 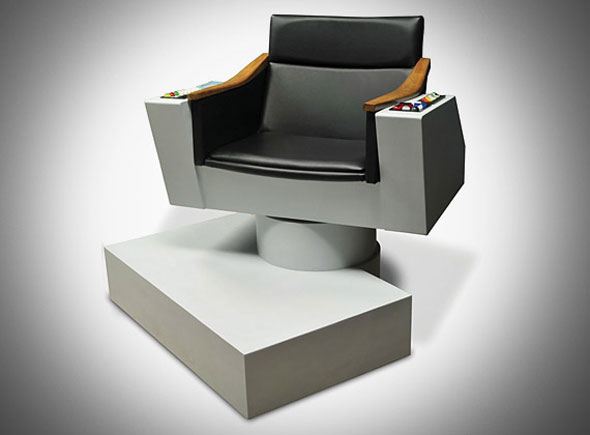 Not in the legal sense, of course; Starfleet built that heavy cruiser and installed the chair, so I’m pretty sure they’re gonna want it back after the fabled Five-Year Mission concludes. Yet when James T. commands from that seat, it becomes HIS. Look at him leaning on that armrest. Look at the relaxed slope of those shoulders. That look in his eyes that says, “The chair doesn’t make the man… the MAN makes the chair. Now come sit on my knee, Yeoman.”

Also, You Know Those Pretty Yeoman Were Sitting On His Knee Between Scenes

Oh, the stories Bones could tell us. ‘Nuff said. 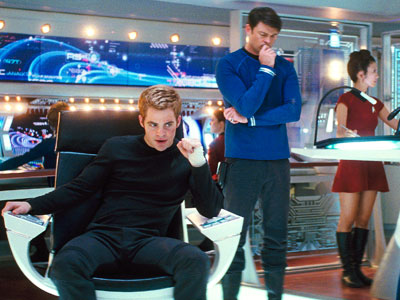 Even in the future’s alternate past (heretofore known as Earth-JJ), we see Kirk dominating the chair… before he even graduates from the Academy! Sitting in his chair LIKE A BOSS is so intrinsic to Kirk’s character it transcends time and space itself. Today we discuss whether comic books, popular culture, and video games will someday be seen as art; in the same way, in the FUTURE, Captain James Tiberius Kirk will pioneer the “Sitting-In-A-Chair-Is-Art” movement… and humanity will be the better for it.

So next time you’re stuck sitting in a chair all day, ask yourself: What Would Captain Kirk Do? Then slouch a little, smirk, and go forth Boldly.