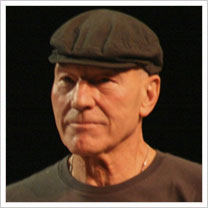 Sir Patrick Stewart recently spoke out in favor of Dignity in Dying, an organization in favor of the legalization of euthanasia. In an interview with The Sunday Times, Stewart said “I have a strong feeling that, should the time come for me, having had no role in my birth, I would like there to be a choice I might make about how I die,”

Stewart, who underwent an emergency surgery after he was diagnosed with coronary heart disease five years ago, went on to say “There’s got to be an alternative when someone is suffering so badly and is ready to go.”

Regarding a friend, whom Stewart saw suffer in the final days of her life, Stewart said “I am reluctant to go into details. Enough to say this person was driven to an extreme situation of ending their own life in the most ghastly way,”

Further information can be found at the Dignity in Dying website.