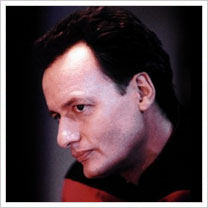 John de Lancie, who portrayed the character Q on Star Trek: The Next Generation, Deep Space Nine, and Voyager, has been cast in the new season of Torchwood, titled Torchwood: Miracle Day, which will be seen on Starz in the US and BBC One in the UK beginning in July.

While no information has become available regarding the character De Lancie will play, Torchwood writer, Jane Espenson, said on her Twitter account “He’s not playing Q!!! Let’s be clear!”

Miracle Day will be the fourth season in the multi-awatd winning Torchwood series, a spinoff of the popular and long-running show Doctor Who.

In this article:John de Lancie