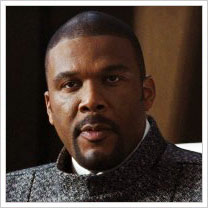 In a video interview posted on HitFlix, actor-director, Tyler Perry said he’s waiting for a script and a phone call from Star Trek director, J.J. Abrams regarding a return in the 2012 sequel.

Perry who was cast as Admiral Barntt in the 2009 film said “I’m waiting for the new script because nobody has called me yet. No one has said, ‘We need you.’  Hey, J.J.! Hey!  J.J. Abrams! Y’know, I’m waiting for my phone call buddy.”

Sounds like Perry would be more than willing to return to the role in the next Star Trek film, slated to begin shooting this fall.