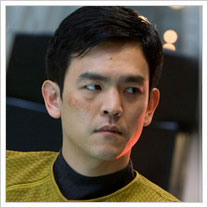 I want to make sure I start this column off by making one thing perfectly clear: I LOVED JJ Abrams 2009 Star Trek film. It was a fun, it was fast-paced, and it was, in my opinion, true to the sense of adventure that so many of us respond to in Star Trek. I always tell people about dragging my dad down to the theater on opening day and seeing how excited he was after; he never gets into movies like that, and the last few Star Trek films had left him a bit cold. Not this one, though. This one he could get behind.

Most folks agree with him. I think.

That being said, the film is still far from perfect. The out-of-left-field Spock/Uhura romance. The overly busy starship interiors. The lens flares. I forgive all of that, though, because the movie is THAT GOOD. Still, there’s one thing about the movie that is nigh unforgivable:

The complete and utter disregard for rank. Holy cripes.

I think most of you already know what I’m griping about, but for those who don’t: aboard this starship Enterprise is basically being run by a bunch of college kids. There is ONE seasoned veteran on that bridge, and he disappears partway through! I get that there’s some crazy business in the Laurentian system and that most of remaining ships get sent to the big Risa In The Sky while defending Vulcan, but… seriously? We’re going to just hand the ship over to the rookies? 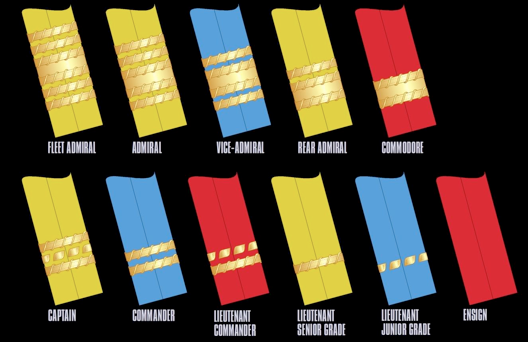 Let’s look at the command crew of the Enterprise here, the ship named for the historic vessel that helped found the United Federation of Planets and is Starfleet’s “brand new” flagship:

• Captain James Kirk: I know there was a ceremony at the end and Tyler Perry was there and everybody was happy… but they were going to kick this kid out a few days ago?

• Chief Science Officer Spock: Okay, the OTHER seasoned veteran… who should be in COUNSELING. He watched his mother die… if he had been younger, he would have been halfway to Batman status.

• Chief Medical Officer Leonard McCoy: Rank of commander because why not? Heck, we never even see her onscreen, but you kind of get the impression Nurse Chapel has more field experience than he does.

• Chief Engineer Montgomery Scott: Had been banished to some backwater facility on Hoth, basically. Suddenly learns to do Impossible Transportations, and is thus given command over each and every surviving engineer already on the ship.

If I were Sulu I would be seriously cranky every darn day at work. Really, shouldn’t he have been next in line? I’ve got his officially-licensed movie action figure and I know that little stripe on his sleeves says he was a lieutenant. Don’t even get me started on Uhura, and how nobody can decide if she’s a lieutenant or a cadet for most of the movie. They never released her action figure in a duty uniform, so the jury is out on this end.

Again, I loved this movie and we all know that the crew needed to end up assembled as it is. I just think it’s worth keeping in mind the next time you watch: Sulu should be at the helm of that ship! Forget Starfleet or the chain of command (everybody else sure did); Hikaru Sulu gave Kirk that bad boy. “Oh my,” indeed.