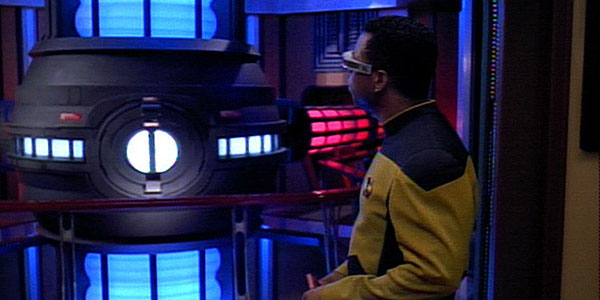 In the last installment of Science Fiction or Science Fact, I talked about warp technology and how faster-than-light travel was theoretically possible because it does not violate any of the laws of physics. Unfortunately, warp travel is impractical because of its energy requirements—it would require an amount of energy equivalent to the mass of Jupiter. Like most things in Star Trek, there is a scientifically valid solution to such problems (or a very clever circumvention that ignores the laws of physics). In this case, the employment of matter-antimatter reactions is a theme of Star Trek that resolves almost every energy issue one would expect from a science fiction show: from powering warp engines to phaser technology. The big question, however, concerns the concept of harnessing energy from matter-antimatter reactions; is it scientifically plausible…or pure science fiction?

In order to understand what matter and antimatter are, it is necessary to understand their origins and how they fit into the “big picture” of the universe. Matter is the “stuff” with which we are all so familiar. We are made of matter. Everything in the universe is made of matter—from atoms to stars and planets. Matter is a very “normal” object made of smaller particles known as atoms, which are themselves made of even smaller particles termed subatomic particles (like protons and neutrons). Protons consist of a positive charge, and according to physics, there is an even smaller particle that gives it a positive charge: the positron. Positrons are the very essence of positive charges in the entire universe.

As the name implies, antimatter is the exact mirror opposite of matter. So for every particle in the universe, there exists an antiparticle with reciprocal properties. The antiparticle to a particle with a positive charge is one with a negative charge: the electron. The electron is the negatively charged particle that orbits around the atom. Electrons never collide with the positively charged center of the atom because they are constrained in orbitals around the nucleus. 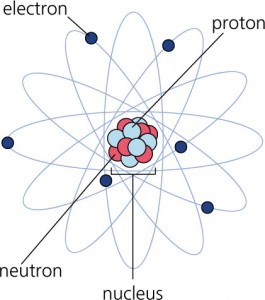 This atomic model demonstrates how electrons never collide with the nucleus as their angular momentum around the nucleus keeps them in a “stagnant” orbit (though this model is not completely accurate in light of Molecular Orbital Theory). For the most part, this is the basic structure of the atom.

But what would happen if an electron were to collide with a positron? According to some scientists, that may have been the driving force of the Big Bang, the very moment in which the universe was created. When matter collides with antimatter, the two essentially annihilate one another and are converted into pure energy at 100% efficiency. At the moment of the Big Bang, trillions (this is a severe underestimate of the real thing) of particles collided and released tremendous amounts of energy, causing a nearly infinite expansion of space and time. Fortunately, there was a little more matter than there was antimatter, so the remaining particles coalesced into atoms, then eventually to galaxies, consisting of stars and planets.

As it should be apparent, the collision of an electron with a positron is a highly energy-releasing process. The scientists of Star Trek have already found a way to harness that energy. However, scientists today are only beginning to produce antimatter, and that is the most exciting part. Particle colliders, like the one at FermiLab and the Large Hadron Collider at CERN, are used to mash protons together in order to produce positrons—the antimatter equivalent of electrons. The only drawback is that we’ve only ever produced a few milligrams of antimatter and it is a costly process. Furthermore, scientists haven’t even begun to imagine how such energy could be harnessed.

This video demonstrates how antimatter is produced and how costly it is.

And now my final verdict: Science Fiction. Though we are now able to produce antimatter and its application in energy production appears to solve many of our problems in the future, from energy crises to warp technology, it has one serious drawback—a drawback that makes burning fossil fuels a better alternative. The energy required to produce antimatter is far greater than the energy we could possibly harness from its annihilation. Essentially, the matter-antimatter reactors of Star Trek consume more energy than they generate; so humans from a future Earth that become reliant on this technology would not be speeding toward other star systems, rather they would be speeding toward an early death. No energy-producing plant would ever utilize a process that requires more energy to run than it actually produces. So it is, unfortunately, a technically flawed design.

If you’d like further information, you can check out NASA’s status on antimatter technology.
Tom Caldwell is upperclassman at UCLA, currently investigating functional kinases that down-regulate muscle growth and studying biochemistry with a career goal of earning a Ph.D. in molecular biology