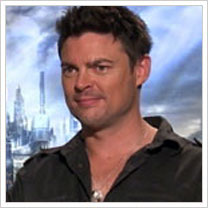 During an interview with Collider, Star Trek actor, Karl Urban said that he believes filming for the sequel will begin sometime in September or November of this year.

When asked if he thought Star Trek 2009 Director JJ Abrams will be back in the director’s chair, Urban said “I certainly hope so… he’s a phenomenal director and we had such a great time working with him on the first one… fingers crossed”

In this article:JJ Abrams, Karl Urban