Warning: Undefined array key "slug" in /homepages/35/d203398927/htdocs/treknews/wp-includes/class-wp-theme-json.php on line 1110
 JJ Abrams Comments on the Writing of the Next Star Trek Film - TREKNEWS.NET | Your daily dose of Star Trek news and opinion 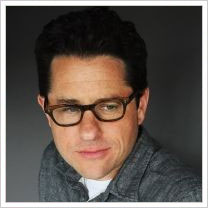 During a recent interview with MTV, director of this summer’s Super 8 and 2009’s Star Trek, JJ Abrams shared a few bits of information in relation to the writing of the 2012 sequel.

Regarding the current status of the script, Abrams said “At the moment, there isn’t a script that’s been officially approved” adding “but we’re working on it.”

On the topic of Damon Lindelof’s increased role from producer on the last Star Trek film, Abrams said “Damon is working on the script for this one,” adding “As busy as I’ve been with ‘Super 8,’ I remember that when we did the first one, Damon was that busy with ‘Lost.’ So it’s going to be very cool to have him on board as a writer.”

“There are some amazing ideas. These are not just great friends of mine, but they’re great writers,” he said. “I’m thrilled and very optimistic that it’s going to get to where it needs to get to.”

It seems like everyone involved still hopeful that production will begin this fall. Which is great news, if you’re looking for another dose of (Abrams style) Trek next summer.

In this article:Damon Lindelof, JJ Abrams