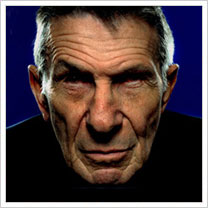 On Saturday night April 30th, TrekNews contributor Alton Carswell attended “An Evening with Leonard Nimoy” at the Carpenter Performing Arts Center in Long Beach, California. Below are some of his notes from the event.

– It was great to observe and listen to Leonard Nimoy as he discussed career. During the two-hour discussion Mr. Nimoy told some interesting stories and showed slides looking back on his acting career which has spanned five decades — From his initial roles as secondary characters and various roles in classic Hollywood Westerns and science-fiction films. He went on to discuss his time as Spock in the original Star Trek and later as the voice of Galvatron in the 1986 animated film Transformers: The Movie.

– He shared insight and thoughts on the reaction to his first book ‘I Am Not Spock’, and how it bruised his standing with Star Trek fans in the 1970’s.

– Nimoy recounted Star Trek‘s impact on mainstream society, telling stories of some college professors rescheduling their classes away from Trek’s 6:00PM primetime television slot to ensure students would show up for class.

– One theme which seems to run true in his analysis of his own journey as an actor in classic Hollywood is his connection to an inherent human experience which he melds greatly with the evolution of Spock throughout the years.

– After the discussion he greeted guests in the lobby sitting for close to an hour signing autographs and promoting his photography book “Secret Selves”. 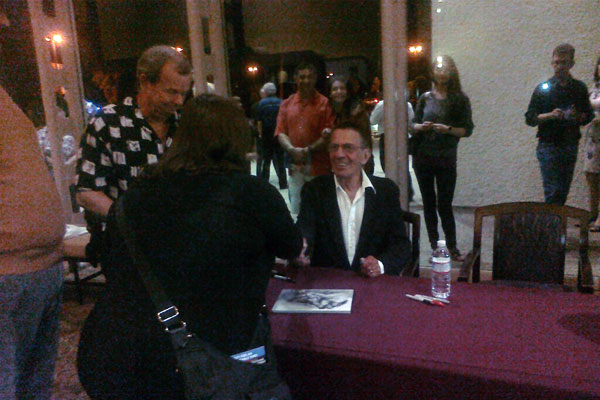