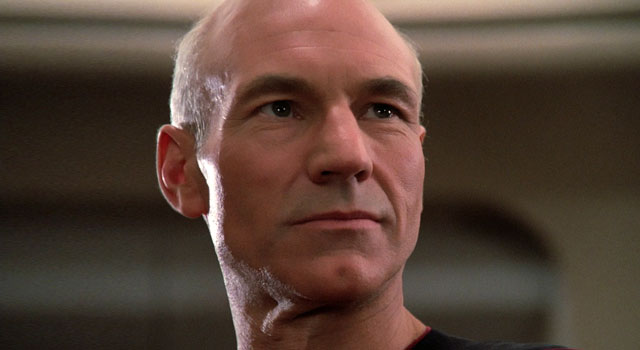 The rumors of Star Trek: The Next Generation receiving remastering treatment are flying around the internet again after an update over at Digital Bits said:

Finally today, we’ve got a little something for you Trekkies. Consider it very Rumor Mill -worthy, as nothing has been officially announced (though that may change soon – more in a minute). But a lot of you have been asking us if  Star Trek – The Next Generation – Remastered is ever going to happen. We’ve mentioned previously that tests on the feasibility of the project have been on-going at CBS for some time, and one of the key concerns has been cost. Well, today we’ve got an update for you…

As some of you may be aware, a few months ago Netflix signed a non-exclusive deal with CBS allowing them to digitally stream the entire Star Trek library to their customers, along with popular ancillary titles like MacGyver. Well, that arrangement definitely tripped our sensors. Not only is that financial incentive for TNG – Remastered to move forward, but the fact that J.J. Abrams’ big-screen Trek sequel is likely to start shooting in September (for theatrical release next year) provides a sufficient marketing/cross-promotional incentive too. So after several months of looking into this, our industry sources have finally begun hinting that TNG – Remastered IS moving forward and that Netflix (and possibly Paramount’s Epix cable channel, which has a strong relationship with the streaming service) may be the first place you’ll finally see it – in HD – starting sometime in the fall. Meanwhile, SD TNG episodes will begin appearing on Netflix in July.  While Deep Space Nine and Voyager are unlikely to generate the kind of revenue to justify a Remastered redo effort (and TNG is very likely in the cards for the entire series run, along with the requisite digitally-upgraded effects). Of course, in addition to syndication and streaming, the end result of all this might be a TNG – Remastered Blu-ray release down the line. So if all goes well, you could be spinning Picard and Data on disc in glorious HD by this time next year. In any case, we’ll post additional updates on this as they come in. Our best guess: Watch for official news to break at Comic-Con in July.

TrekNews will be live at this year’s San Diego Comic-Con. So we’ll follow up on this story with any news we hear.