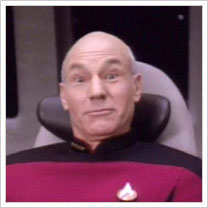 Have you ever had a bad day? A bad week? Sure, we all have. Maybe you’re fighting with a friend over which Star Trek captain would have made the best replacement James Bond. Perhaps you lost your job at the tarantula ranch. Or, if you’re like me, maybe your computer decided it was time to meet whatever spiritual deities computers worship and died a glorious warrior’s death. Possibly it just squealed like a stuck Targ and refused to run when you turned on the juice. Whatever the reason, you may find yourself frustrated. Angry. In despair. What can one do in a situation like this?

To cheer myself up this week, I decided to seek out a little online therapy. I tried a Google search for “happy Picard,” and brother did it do the trick. As a public service to you, the readers of TrekNews.net, I will share my results here; partly because this is a spiritual journey best shared with friends, but mostly because none of you should attempt it. Seriously, for some reason Google throws a naked picture of Ron Jeremy at you partway through. Picard was all like: 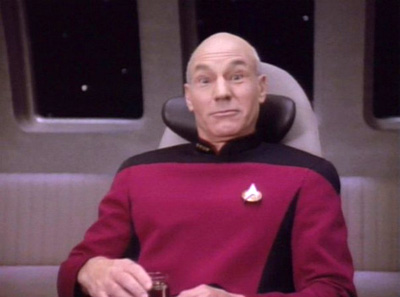 That’s alright, though… again, you just gotta Be Like JLP: roll with the punches. Was I shocked and a little disgusted? Sure. Was I confused by what the internet was trying to say about the captain of the Enterprise-D? Definitely. That’s alright, though. I chose to soldier on. 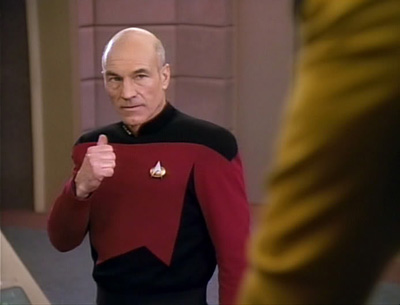 See, Captain Picard approves. When things get tough, but you hang in there, the captain respects you. And the captain’s respect is just what one needs when things look grim. So thank you, Jean-Luc. We give a big “thumbs-up” to you, too. 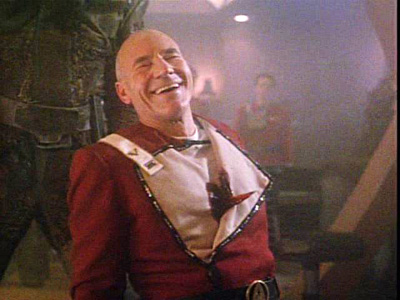 Sometimes it’s about maintaining perspective. Things could always be worse, right? Even when he has a Nausicaan blade through the aortic valve, Picard knows that one must laugh, or one will most certainly cry.

The journey did not end there, though: 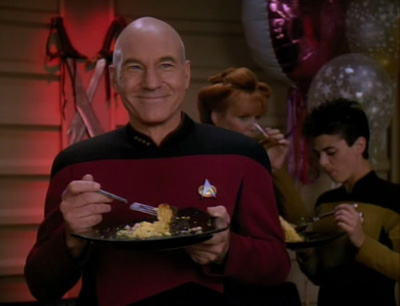 … so I guess the moral of the story is: when life throws undressed adult actors at you and it feels like a knife through the chest, eat cake and remove your pants. 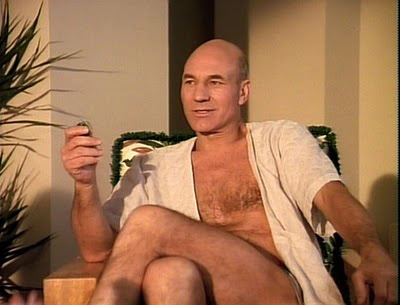 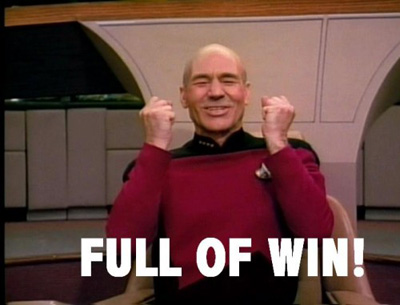