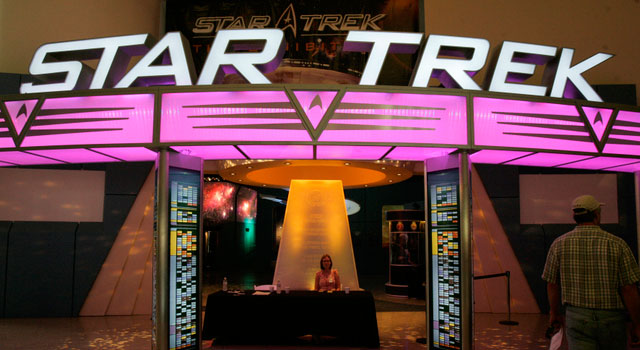 Today it was announced that EMS Exhibits, Inc. has acquired the rights to Star Trek: The Exhibition from CBS Consumer Products.

Below is the official press release:

Currently, Star Trek: The Exhibition is open at Filmpark Babelsberg in Babelsberg, Germany, until Oct. 31.  In the United States, The Exhibition will open at the Kennedy Space Center in Florida on June 11, 2011.

Together these components offer Star Trek fans and novices alike an opportunity to experience first-hand the imagination, artistry, technology and meticulous craftsmanship that have made Star Trek the most enduring science-fiction franchise in history.

Star Trek: The Exhibition is produced by EMS Exhibits, Inc., and licensed from CBS Consumer Products.

EMS Exhibits, Inc., a division of Event Marketing Service GmbH, in Vienna, Austria is the official international booking agent & promoter of CSI: The Experience. Since its founding in 1993 by Rahofer, EMS Exhibits has led successful promotional and marketing campaigns for such world-class exhibits as National Geographic’sTutankhamun and the World of the Pharaohs, as well as produced shows such as EMS’s own Leonardo Da Vinci: Man – Inventor – Genius, The Barbie Story and World of Games.