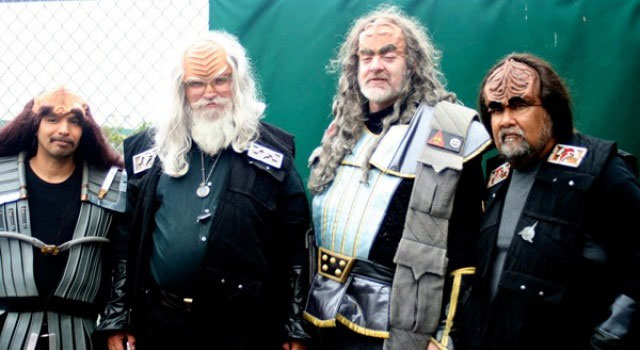 On Saturday, Frank and Son’s Collectible Show along with the Realm Cast presented the second annual “Star Trek Day” in City of Industry, California.

The event wasn’t the standard discussion panel-filled convention many fans have become familiar with — Instead this was a more intimate gathering of Star Trek fans and celebrities trading stories, singing autographs, posing for pictures and discussing the pop-culture phenomenon that brings us all together.

The staff of Frank & Son’s along with the hosts of The Realm Cast made sure everyone in attendance went home happy — Giving away t-shirts, complete ‘Generations’ scripts, and samples of Cryptic Studios’ Star Trek Online. The Los Angeles Cinema Makeup School was also on-hand doing sci-fi makeup effects on attendees.

Every fan I spoke with seemed to enjoy the event and would come back if it returns in 2012. Aside from a few late cancelations (Kevin Sorbo, Kate Vernon, Catherine Hicks, Carolyn Barry and Tim Russ), the event appeared to run very smoothly.

Below are a few photos from the event. 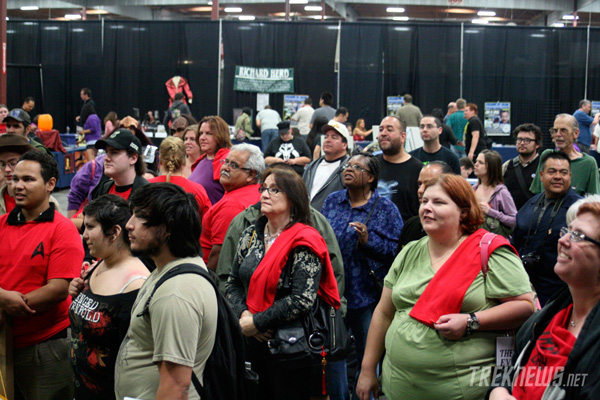 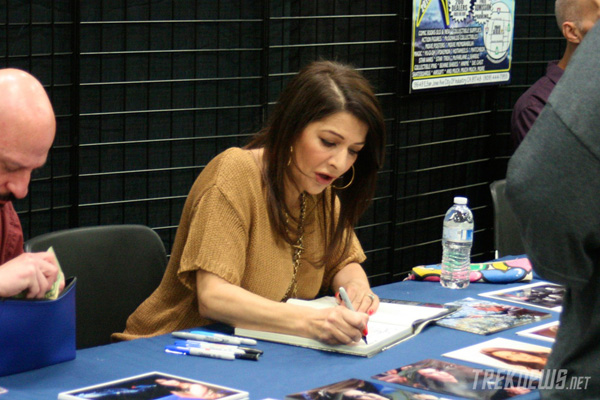 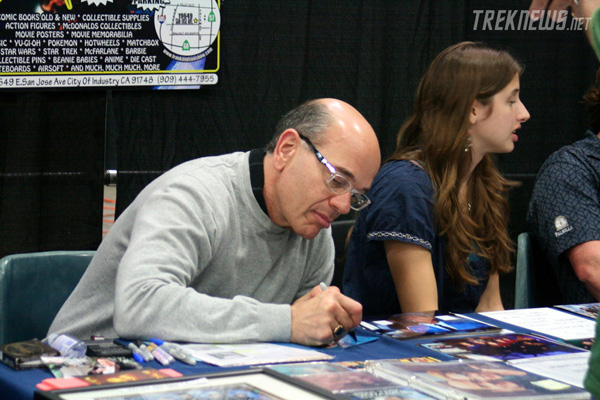 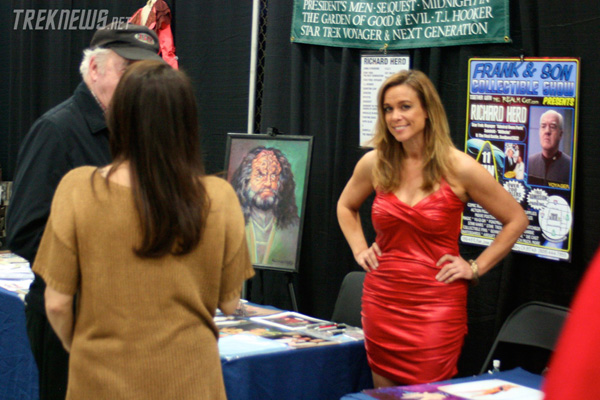 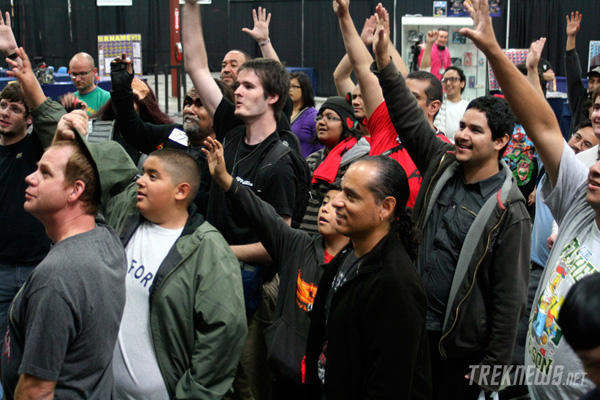