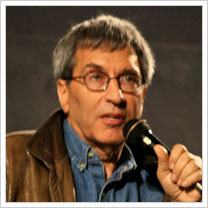 On Friday at the LA Times Hero Complex Film Festival, director Nicholas Meyer talked about his relationship with Star Trek creator, Gene Roddenberry. He described his relationship with him, saying “There are moments in one’s life where you look back and you say, ‘Well, I wish I had done this differently,”

Meyer went on to talk about not seeing eye-to-eye with Roddenberry, while shooting Star Trek VI: The Undiscovered Country saying “If I’m interpreting him correctly and if I’m believing what he said, Mr. Roddenberry really believed in the perfectability of man, of humans, and I have yet to see the evidence for this,”

“So ‘VI’ is a film in which the crew of the Enterprise has all kinds of prejudice, racial prejudice, vis-a-vis the Klingons. And some of their remarks, including how they all look alike and what they smell like, and all the xenophobic things which we grappled with — that was all deeply offensive to him because he thought there isn’t going to be that. In fact, in his original ‘Star Trek’ concept, there wasn’t any conflict. So he always had problems with writers who were trying to write conflict, because that’s what drama is, so he was very distressed with the world of the Enterprise – the kind of ‘music’ I was writing.”

“I didn’t have to take him on. Not my finest hour.”

“I came out of it feeling not very good, and I’ve not felt good about it ever since. He was not well, and maybe there were more tactful ways of dealing with it, because at the end of the day, I was going to go out and make the movie. I didn’t have to take him on. Not my finest hour.”

In this article:Gene Roddenberry, Nicholas Meyer