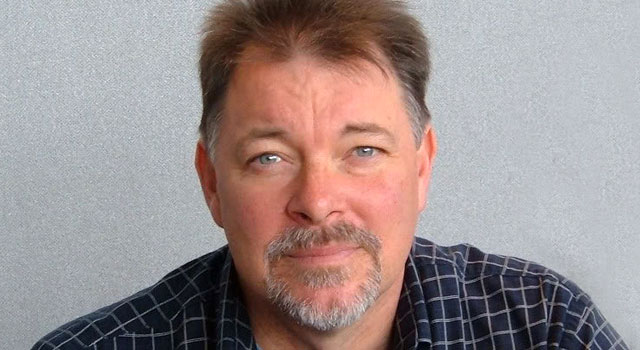 Jonathan Frakes, who appeared as a guest at last weekend’s Calgary Comic & Entertainment Expo, spoke about his time playing Commander William T. Riker on Star Trek: The Next Generation. When posed with the question of someone else playing Riker in a rebooted TNG film, Frakes said “I suppose I could be made younger, but I plan to play Riker as long as I’m alive.”

Frakes acknowledged the fans who have supported Star Trek in all its incarnations through the years. He also talked about being a fan himself saying “It changed my life. How could I not be? It’s a double-edged sword working in Star Trek, though. There’s not many acting jobs unless you’re Patrick Stewart, but I was lucky enough to find another craft in directing.”

On the topic of connecting with fans at conventions, Frakes said “My position is if someone’s not going to enjoy being here, they shouldn’t show up. I’ve seen people come to these and not realize that they were lucky to have these fans and we have a responsibility to thank them.”

Like William Shatner, Frakes was also “white hatted” at the event, which we’ve embedded a fan shot video of below.

In this article:Calgary Expo, Jonathan Frakes