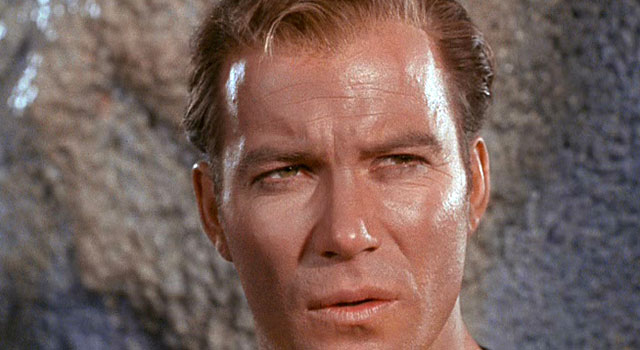 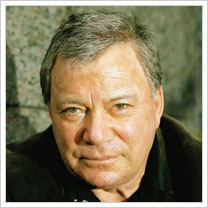 Today EPIX released the first trailer for William Shatner’s The Captains documentary along with details on a panel scheduled for next month’s San Diego Comic Con. Shatner, joined by Star Trek: Deep Space Nine‘s Avery Brooks are scheduled to discuss the film during the panel, which will be moderated by Kevin Smith.

The panel is scheduled for Friday July 22, which will be followed by a live Q&A session with Shatner on the EpixHD.com website. The Captains will debut on EPIX at 8PM later that night.

The long-awaited documentary will be part of “Shatnerpalooza” on EPIX, which will also include William Shatner’s Gonzo Ballet, the first six Star Trek films, plus other films and television shows starring Shatner, including The Intruder, Big Bad Mama, Disaster on a Coastliner and Outer Limits.

Watch the official trailer below:

Read the official press release below:

EPIX, the premium entertainment channel, video-on-demand and online service announced today that it will preview its original EPIX Picture, The Captains, at this year’s Comic-Con(R) in San Diego on Friday, July 22. William Shatner will talk about the original documentary he produced and directed, an in depth look at the actors who have played Star Trek Captains in the films and television shows. Avery Brooks, who played Captain Benjamin Sisko in Star Trek: Deep Space Nine, will join Shatner on a panel at Comic-Con moderated by Kevin Smith Friday, July 22, which will include exclusive clips and an audience Q&A.

Following the panel, Shatner will participate in EPIX Live from Comic-Con, an online Q&A on EpixHD.com which will allow fans across the U.S. to interact with the iconic writer-actor-producer-director. EPIX Live from Comic-Con with William Shatner will be produced by EPIX in partnership with San Diego affiliate, Cox Communications, which carries EPIX as part of its “Movie Pak” offering.

The Captains will make its world premiere July 22 at 8:00 pm EDT on EPIX and EpixHD.com as the centerpiece of SHATNERPALOOZA, a celebration of William Shatner’s film and television work running on the EPIX linear channel, EPIX SVOD service and EpixHD.com from July 21 through July 30. SHATNERPALOOZA kicks off with a 48-hour marathon that will also include the world television premiere of William Shatner’s Gonzo Ballet, an award winning EPIX Pictures original that takes an inside look at the staging of famed choreographer Margo Sappington’s ballet set to the music and spoken word of Shatner’s 2004 album, “Has Been.” Shatner produced and stars in the documentary which includes appearances by composer Ben Folds and actor/musician Henry Rollins. Also featured will be the complete collection of the six original Star Trek films starring William Shatner in his seminal role as Captain Kirk, plus other rarely seen and sometimes controversial films including The Intruder, Big Bad Mama, Disaster on a Coastliner and Broken Angel, along with some highly entertaining TV fare like a classic 1964 episode of Outer Limits, a dazzling turn as the first host of Iron Chef and a no holds barred TV roast.

Comic-Con attendees will be invited to see The Captains on EpixHD.com as part of a two-week free trial offer.

“From film and TV icon to hipster hero, William Shatner is a man of many talents,” said EPIX President and CEO Mark Greenberg. “We are proud to celebrate him as actor, producer, director and cultural phenomenon and to bring his contributions to fans at Comic-Con and on EPIX and EpixHD.com.”

EPIX, a joint venture between Viacom Inc. (NYSE: VIA and VIA.B), its Paramount Pictures unit, Metro-Goldwyn-Mayer Studios Inc. (MGM) and Lionsgate (NYSE: LGF), is a next-generation premium entertainment channel, video-on-demand and online service launched on October 30, 2009. With access to more than 15,000 motion pictures spanning the vast libraries of its partners and other studios, EPIX provides a powerful entertainment experience with more feature films on demand and online and more HD movies than any other service. It is the only premium service providing its entire monthly line-up of new Hollywood titles, classic feature films, original series, music and comedy specials through the linear channel, video-on-demand and online at EpixHD.com, the leading online destination for movies. EPIX has made the commitment to deliver the industry’s most expansive online collection of movies, making more than 3,000 titles available on EpixHD.com. The service is available to over 30 million homes nationwide through distribution partners including Charter Communications, Cox Communications, DISH Network, Mediacom Communications, NCTC, Suddenlink Communications and Verizon FiOS. For more information about EPIX, go to www.EpixHD.com.