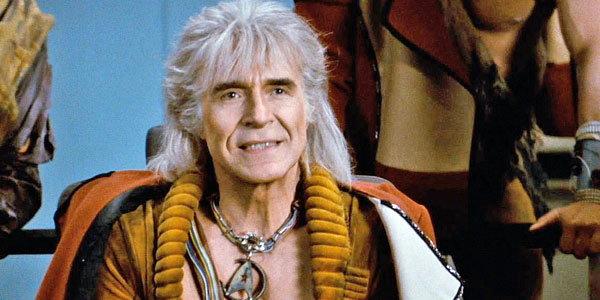 “KHAAAN!” shouts Admiral Kirk out of frustration over 20th Century genetic engineering. Or is it frustration over the abuse of 20th Century genetic engineering? In any case, Star Trek science isn’t just limited to physics or astronomy; it also includes biological sciences, and more specifically in those concerning the machinations of DNA and proteins. No Trekker can ever forget the epic performances of the late and dear Ricardo Montalban (Khan) and how his acting impacted Star Trek culture as well as our hearts. In fact, the very name “Khan” has become synonymous with genetic engineering in science fiction. Star Trek often highlights ethical issues with the abuse of biotechnology, prompting fans to discuss and even question the role of science in our society today. In this installment, the topic of bioengineering will be shown for what it truly is today and what it may become tomorrow. Is it really possible to alter our DNA to influence physical and mental attributes like strength and intelligence? If so, can the future ever be safe from genocidal men like Khan Noonien Singh and Colonel Green?

I hardly need to remind the reader of the well-known biomolecule that “makes” us who we are: DNA (Deoxyribonucleic acid). It is the genetic material that comprises a four-letter language (Adenine, Cytosine, Thymine, and Guanine), which, given in a certain sequence, encodes the “blueprint of life.” In very much the same way a blueprint is required to build a house, DNA is the blueprint with basic instructions required to “build” an organism.

The structure of DNA was first observed by Rosalind Franklin through X-Ray crystallography, which prompted two other scientists, James Watson and Francis Crick, to construct a three dimensional model of DNA and determined that its helical structure implies a language of life, or in their own words: “[it] suggests a possible copying mechanism for the genetic material.” That is, in fact, the case! 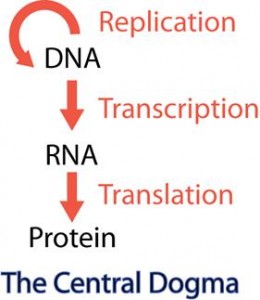 In a typical cell (prokaryotic and eukaryotic alike), DNA is transcribed by polymerases into single-stranded mRNA (messenger ribonucleic acid) with the same four-letter language as its DNA counterpart (with a few exceptions of course). The information encoded in DNA is essentially copied into its complementary RNA format. mRNA is read by ribosomes to generate the protein sequence originally encoded in the DNA sequence of the gene. This is the genetic basis of life: information is stored on the molecular level as DNA and decoded to generate proteins, enzymes, and other molecules with specific cellular and physiological functions (like dystrophin to stabilize muscle cell membranes or superoxide dismutase to convert toxic byproducts of aerobic metabolism into oxygen and hydrogen peroxide).

Taken all together, the DNA-to-RNA-to-PROTEIN pathway is a scheme to which Francis Crick referred as “The Central Dogma of Molecular Biology.” Though a few exceptions apply to this simple rule (like HIV, which transcribes its genetic material from RNA to DNA instead of the other way around), virtually all organisms on the planet follow this direct means of genetic storage and expression.

A friend of mine made the following music video for our volunteer group CityLab @ UCLA while we were still attending school together. The video demonstrates the Central Dogma:

It follows from this scheme that changes in DNA could lead to changes in proteins. Random, insignificant mutations of a genome can lead to a large variety of different proteins and traits over the course of millions of years. This is the molecular basis of evolution and natural selection: mutations that lead to favorable traits are selected for and mutations that lead to unfavorable traits are selected against. The process of evolution is extremely slow, and it can take hundreds of thousands (if not a few million) years before humans can adapt mutations in just the right DNA sequences to appropriate new advantageous traits (by “advantageous”, I mean any trait that increases a species’ overall ability to adapt and survive).

Imagine if one were to artificially select for traits to speed up the rate of evolution; to force humans to evolve into something “higher on the food chain” in a matter of years rather than millennia. This is the principle of eugenics: the radical notion that certain traits provide individuals with a greater advantage in society and therefore must be an indicator of some higher socioeconomic status. Artificially selecting these “good” traits (as implied by the Greek stem “eu” in “eugenics”), eugenicists hope to improve the human race by guiding evolution down a more preferable path.

However, there are very dangerous implications with this and so I, once again, allude to the cautionary sci-fi tales of men like Khan who would seek to oppress a whole population and culture simply because their genes were considered “inferior.” Unfortunately, science, most particularly genetic engineering, has had a bad rap for these reasons. I do not feel it is fair to cast judgment for something that is the fault of evil men (not science) without looking at genetic engineering as it is REALLY applied today.

Genetic engineering is the practice of altering, modifying, or manipulating genomes to produce a desired trait or protein. It sounds terrifying, but scientists do this all the time, and the results are usually more impressive than they are dangerous. 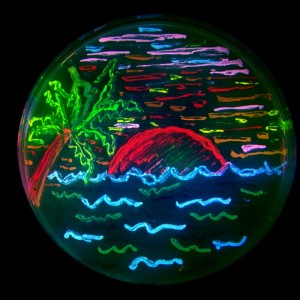 This is an image of an agar plate with bacterial mutants, each expressing a differently colored fluorescent protein (genes that were originally isolated from jellyfish and incorporated in bacterial genomes); they were plated in this specific orientation so that when ultraviolet light is shone on them, the plate generates this image. Yes, these are bacteria, and yes they are “glowing.”

Genetic engineering has incredible potential from “BioArt” to medicine, but it has a very simple concept: splice a gene into an organism’s genome to produce a particular protein. That’s it. Sometimes rearranging genetic sequences is involved and other times restoring a mutated gene to its wild-type (normal) sequence is required in order to correct a disorder, but all-in-all, genetic engineering is performed today by incorporating genes into a new host genome in order to provide a new function to that organism. Genetic engineering is commonly performed on bacteria, sometimes rats, but rarely is anything more complex used in laboratory research (humans may be used if and only if the benefits outweighed the risks). No supermutants, no tyrants, no Khans or Colonel Greens were ever created in the process; no politics, no racial injustices, and no unnecessary evils are ever performed in legitimate, ethical science. Here are other common practices of this scientific discipline currently under investigation:

Hormone-Drug Therapy (already perfected)  Modifying bacteria to produce insulin has not only improved the life-expectancy of diabetics, but it has made insulin treatments much more affordable and readily available for patients in need of them.

Environmental Protection (available in the near future)  Bacterial genomes can be altered to encode enzymes that breakdown crude oil (these bacteria already exist in nature, but genetic engineering accelerates their oil-metabolism); this application of science may actually clean up oil spills on shorelines and near bodies of water much more efficiently than conventional means today (plus, using bacteria to perform a natural function is no where near as environmentally hazardous as spraying chemical surfactants across large oil spills). As a matter of fact, oil-eating bacteria have already been tested on water samples from the BP oil spill in the Gulf of Mexico; initial results were extraordinary.

Genetic engineering is indeed a Science Fact; it is even currently practiced today, and almost certainly likely to continue on into the 24th Century (assuming the Federation doesn’t ban it first). Genetic engineering provided scientists the means to study diseases in greater detail, to restore chemically polluted environments, and to treat millions of people suffering from life-threatening diseases. Not only is genetic engineering possible, but it has the potential to save lives. Assuming Mankind learns to coexist peacefully with advanced technology, genetic engineering will become more advanced and more efficient to achieve even more wondrous things 300 years from now.

Unfortunately, there is a dark side to genetic engineering. In the same way the science of nuclear fission provided us with an environmentally-safe alternative to energy production, it also prompted governments to apply it for military uses. Genetic engineering can save lives, but it can very well destroy them when applied unethically. The Eugenics Wars, human cloning and augmentation, “biogenic weapons”, forced sterilization, genocide, and even the Klingon “smooth heads” (“Affliction” and “Divergence” Star Trek: Enterprise) are all examples of genetic engineering performed with malicious intent on Star Trek. What’s worse is that there is really no such thing as the “intelligence gene,” the “speed gene,” the “strong gene,” or the “rich/poor gene”, yet pseudo-scientists like Sir Francis Galton and prominent figures in Nazi Germany and Soviet Russia actually tried to apply eugenics to selectively breed for these non-existent “wonder genes”. And several nations around the world (Singapore and China are two places that come to mind) are still practicing eugenics, despite its unfounded and pseudoscientific origins. 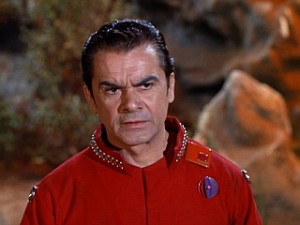 Colonel Green, a military despot during the Eugenics Wars who forcefully sterilized whole populations of radioactive fallout victims from World War III with the intention of purifying Mankind’s genetic diversity

Francis Galton, the man who originally coined the term “Eugenics”, applied Darwin’s Theory of Natural Selection out of context and advocated for artificial breeding programs to “purify” the human gene pool as a means to advance society. Please bear in mind, eugenics does not follow from the study of evolution or natural selection; its motivations are exclusively political, not scientific, and no rational scientist would ever pursue eugenics or genetic engineering to outbreed a trait they deemed racially or socially inferior. In summation, Mankind will be safe from tyrants like Khan Noonien Singh as long as science is conducted ethically, professionally, and apolitically. Scientists are motivated by the desire to learn, discover, and improve, not to conquer or control. As long as we maintain this, genetic engineering will work for the human race in the future, not against it.