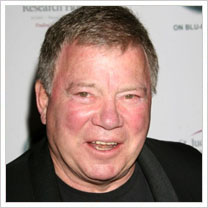 Fans at this weekend’s Creation Entertainment’s Official Star Trek Convention in Parsippany, New Jersey got a nice surprise when an unadvertised William Shatner appeared on Friday.

Shatner is at the convention not for a discussion panel or autograph session, but instead working as Executive Producer and Director for a new reality TV show, entitled Fan Addicts, which he’s developing along with Creation.

Watch the embedded video below to see Shatner talk with fans, along with Star Trek co-star Nichelle Nichols, as they film the pilot.