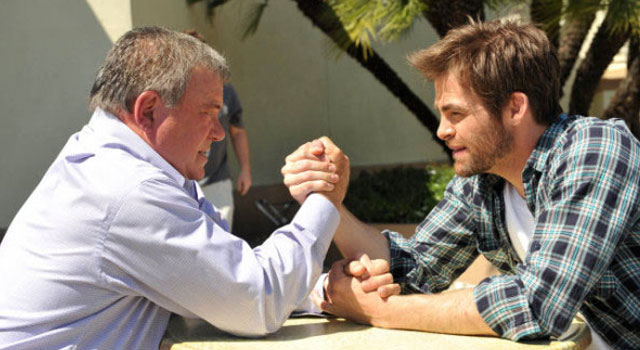 Set to debut on EPIX and EpixHD.com on Friday July 22nd at 8PM, The Captains features Shatner sitting down with all of Star Trek’s captains, including Patrick Stewart, Avery Brooks, Kate Mulgrew, Scott Bakula and Chris Pine.

“He’s shy. So the way I started the interview, I put out a table and chairs outside the Paramount gates, and arm-wrestled with him. That was the beginning of my interview with him. I think it broke the ice, that’s for sure.” Shatner said regarding the meeting.

Read information on The Captains at San Diego Comic Con.

In this article:Chris Pine, Epix, The Captains, William Shatner