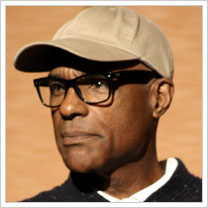 Last weekend’s Official Star Trek Convention in Parsippany, New Jersey was significant for numerous reasons. As previously reported, it was the first opportunity to view select events live via a pay-per-view streaming service on StarTrek.com. In addition to Star Trek’s 45th anniversary, it was Creation’s 40th anniversary of events hosted in the New York/New Jersey area. Lastly, it was marked by the surprise appearance of William Shatner, which was handled with initial secrecy due to his official absence on the “billing” (no pun intended). Rather, he was there due to his involvement as director in Creation’s own reality TV production, “Fan Addicts”. He engaged surprised devotees by involving them in his project, which explores the personal lives of Trekkies and their fandom.

The festivities began with a slideshow of vintage TOS images, presented by former Trek archivist for Paramount Richard Arnold. On display were early renditions of the NCC-1701 and captures of Leonard Nimoy’s rare, outside of the series appearances as Spock.
Afterward, the still lovely Grace Lee Whitney took the stage and recounted career advice from Lucille Ball, her contribution of miniskirts to series canon, and her “cosmic bun”.

Makeup virtuoso John Paladin then assumed the spotlight, along with an unsuspecting audience member who he proceeded to transform into a proper Klingon, demonstrating the extreme artistry and skill required of Trek makeup artists even with the most pedestrian (literally, in this case) characters.

Rene Auberjonois followed, much to the delight of guests. He spoke of his involvement in DS9, Disney, and the “Apes” movies. Nana Visitor soon joined him to tremendous applause. The two demonstrated authentic chemistry and amiability, testifying to the strength of their characters’ relationship, which they discussed at length. They also elaborated on their desire to return to the theatre, which both have found difficult due to work and familial constraints. They also reminisced about a slip in the rain which sent Visitor to the emergency room (her makeup leading a startled doctor to believe her nose had suffered grievous injury) and the subtle art of portraying human qualities as alien beings.

Auberjonois and Visitor then returned to the stage for a poignant reading of poems and prose that they call Cross Our Hearts, an emotional compilation which was met with a standing ovation. An autograph session closed the day’s activities.

Having crashed the previous night’s Gold Dessert and Cocktail party, Shatner continued to accrue attention from fans and for his TV pilot, “Fan Addicts”.

The day’s events commenced with Richard Arnold and Creation’s Co-CEO Adam Malin reflecting upon the rebuilding of Trek’s production offices with the herald of TNG, as well as DS9’s Ron Moore’s rise from rejected writer to prolific executive producer.

Afterwards was the Star Trek Yes-No Competition, in which three winning fans took home $250 in gift cards. This was immediately followed by an auction, in which fans and collectors bid for prized memorabilia, such as rare cards, banners, and a signed montage of all five captains.

The day’s live streaming commenced at 3pm with Enterprise’s Dominic Keating and Connor Trinneer. The former performed an a capella rendition of the series’ theme, while the latter expressed his gratitude for being part of a show that the two (as well as many fans) believe was cancelled prematurely.

At the strike of 4pm, the fearsome Duras sisters (Barbara March and Gwynyth Walsh) seized the stage in full, glorious makeup. They proceeded to bellow monstrous grunts and tunes, which eventually simmered to a spirited exchange with the audience. An amorous member of the crowd narrowly escaped almost certain doom after suggestive remarks toward the two. They also praised the heavenly shine of Patrick Stewart’s head.

With the Klingons’ departure came a special treat: the conspicuous William Shatner, who plugged his upcoming documentary, “The Captains”, which is set to air July 22 on Epix Network. After demonstrating various ways to deliver his trademark “Khan!” scream, he lead the audience in what he claimed to be “the world’s longest Khan yell.”

Wrapping up the day’s events were music videos, a fan movie pitch session, and the de facto costume competition, which was illuminated by curvaceous Klingons, Trekkie toddlers, and a thoroughly mutilated red shirt. Really, is there and other kind?

Drawing in the largest crowd of the weekend, the event’s final day began with another intro by Malin and Arnold, who showcased more archival Trek slides, including the latter’s cameo as a Romulan in the recent 2009 reboot.

Bobbly Clark (the Gorn from TOS perennial favorite “Arena”) then took the stage, reflecting upon his alien “hiss” and the difficulty he had maintaining his bodysuit in the midst of combat. He also explained the very real peril of the shooting location and its rocky formations.

The day’s streaming broadcast commenced with Michael Dorn’s appearance. After a spirited reception, Dorn explored such subjects as his strict vegan diet (which he credits with his recent weight loss), his experience in piloting jets, and playing poker on the Enterprise (apparently egos, opposed to wallets, are the only thing fed). He also commented on his and Worf’s shared gruff disposition, the inherent differences between TNG and DS9 (which he compares to “a party” and “church”, respectively), and his dislike for tribbles. He also revealed that Creation proposed that he appear in full costume and makeup, but refused after they denied his desired sum of “one million dollars” to do so.

Trek expert Adam Hennessey conducted a presentation on “The Ships of Starfleet” afterwards, offering detailed insight into the many craft of the Federation. This was chased by one last No Minimum Bid Auction.

As a fitting climax to a memorable weekend, Nichelle Nichols graced the stage to much fanfare. Nichols elaborated on her efforts to diversify NASA, how she met Gene Roddenberry, and how Dr. Martin Luther King persuaded her to return to the series after her season one departure. She, like the franchise, remained as graceful and strong as ever.

Creation’s next Star Trek Convention takes place July 15-17 in Boston, Massachusetts at the Hyatt Regency Cambridge. Tickets for that event are on sale now at Creation’s website.