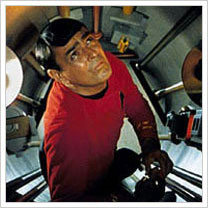 Nuclear fusion; It is the process that gives the sun its life, yet it also inevitably destroys entire solar systems. We owe our thanks to this phenomenon of physics for most of the elements on the Periodic Table (at least up to uranium), and it has the potential to unlock a more eco-friendly source of energy that may very well outperform and surpass solar panels. But unfortunately, a quantum-sized wall (literally) stands in our way to this Pandora’s Box of power.

In this installment of “Science Fiction or Science Fact,” we’ll examine the physics of nuclear fusion in order to understand and appreciate why it matters so much and finally asses its scientific applicability.

In the grand scheme of energy production, the process of generating energy is only as useful as the amount of net energy you produce at the “end of the day.” Or rather that the amount of energy one harnesses from a reactor is greater than the amount required to maintain it. To put this into some perspective, energy production is analogous to day trading in the stock market: stocks are bought when they are cheap and sold later in the day when they increase in value; the result is a net gain in profits. Energy production works the same way—except harnessing power from thermodynamic processes is less risky than owning stocks and it is much more predictable and calculable. 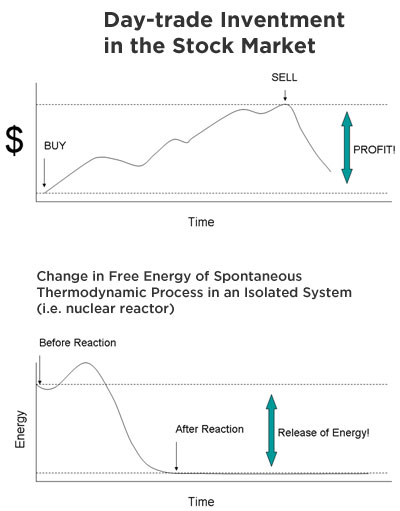 You may recall one of my earlier posts about antimatter reactors and how society cannot become reliant on power plants that consume more energy than it produces (though it may be sufficient to power warp engines, but that’s beside the point). What makes nuclear fusion so special is its greater return in energy. 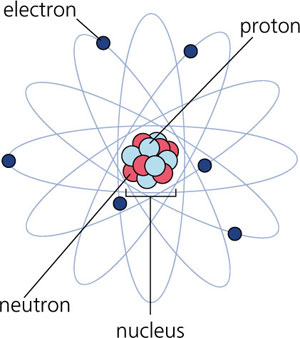 Atoms are one of the smallest particles known to exist (with the exception of elementary particles). Atoms are made up of a nucleus containing protons and neutrons: protons are positively-charged while neutrons have no charge. In culmination, the nucleus is the positively-charged core of the atom, while the electrons that “orbit” around the nucleus (as presented in the atomic model) are negatively-charged. The model presented here isn’t entirely inaccurate, though the atom is drawn hopelessly out of scale: if an atom was as large as a football stadium, then the nucleus would be no larger than a grain of rice at the very center of the field.

The reader may question the stability of the atomic nucleus. If it is composed of positively-charged protons, how can the nucleus remain intact without the positive charges repelling each other? The answer: the Strong Nuclear Force (the strongest of the four fundamental forces known to exist in the Universe). While the like-charges of protons repel one another, it is the Strong Nuclear Force that abrogates any repulsive interaction between protons and tightly binds them together. 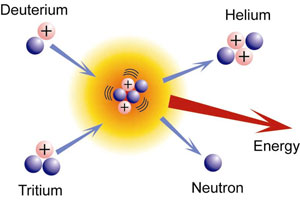 The Strong Nuclear Force is what finally drives the fusion of two nuclei into one. However, it only works at the subatomic scale and cannot reach out and pull nuclei in toward each other to fuse them together. This is why extreme momentum is required to initiate the fusion reaction; two nuclei must be traveling so quickly that they overcome any electrostatic repulsion, collide into one another, and fuse. Inside stars, heat and pressure collide tritium and deuterium (isotopes of hydrogen) into one another to cause the two nuclei to fuse into helium, expelling an extra neutron.

Another interesting note is that the mass of helium plus the mass of the expelled neutron is found to be lighter than the original atoms that were mashed together to form the product. So where did the extra mass go? The force of the impact and the Strong Nuclear Force that resolves the stability of the helium nucleus literally converted some of the matter into its mass-equivalent of pure energy. That is A LOT of energy…imagine the power output of trillions upon trillions of nuclei fusing together at once!

In summary, nuclear fusion occurs when intense pressure causes two nuclei to collide and smash into one another and fuses them into a larger nucleus, a process that liberates a remarkable amount of energy. Here is a video that breaks it down step-by-step:

Nuclear fusion is the reason why the sun shines so brightly and so hotly; it is also the reason why scientists regard nuclear fusion as the “Holy Grail” of energy because the net gain in power would solve just about any economic and environmental problem on Earth for millennia. Imagine the benefits it would have: electricity bills might disappear, cars could run on and on without ever refueling, salt water could be easily desalinated for communities with limited access to clean, drinking water, global climate change becomes a nonissue, societies become self-sufficient, and so much more. This is the promise of nuclear fusion (sun panels and even nuclear fission would be thrown out the window for this extraordinary power source). The best part is: it’s just around the corner!

Nuclear fusion isn’t just possible, but it occurs in the sun, it has been generated in hydrogen bombs, and it may very well happen in controlled laboratory experiments because nuclear fusion is a Science Fact. The only obstacle in our way is reproducing a sustainable, nuclear reaction in the lab for the sole purpose of harnessing energy from it.

I cannot stress enough the “gravity” (excuse the pun, if you know what I mean) and difficulty of nuclear fusion. It requires heat and pressure on the scales found in stars; as such scientists cannot hope to recreate whole suns just to run a nuclear fusion reactor. Our next best hope is to find a circumvention of physics that allows us to bypass the electrostatic repulsions of nuclei and force them to fuse spontaneously.

Two hundred high-intensity lasers focused on a single casing of deuterium and tritium may be the key to unlocking the power of the sun for our benefit. It may not become marketable in the near future, but scientists and engineers wouldn’t be working diligently on it if it wasn’t possible.