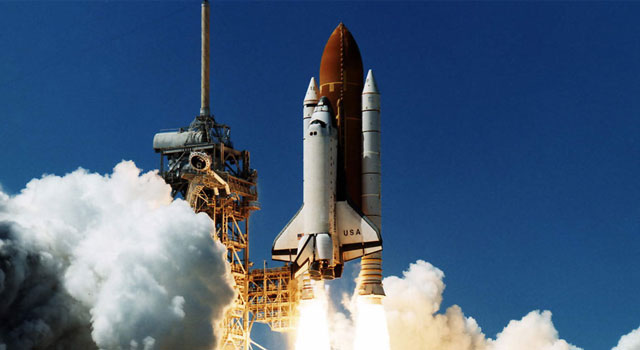 …to boldly go where no man has gone before…

The unforgettable theme of Star Trek was given its vigor and life in NASA’s space programs, from the Apollo missions to the Mars robotic rovers and finally to the end of the Space Transportation System (STS) program. Enduring 50 years of science beyond the safety and isolation of our “pale blue dot” (those words belong to Carl Sagan, not me), it has been a long journey of triumph, prominence, and even tragedy as we dared to defy gravity and take to the stars.

On July 8, 2011 at 11:29 AM EDT, Space Shuttle Atlantis STS-135 launched from NASA’s Kennedy Space Center in Florida to undertake its last mission into the “Final Frontier” where four astronauts (pictured below) would strike their names in history as the heroic men and woman who carried the spirit of space exploration with them deep into the unknown. It is with great appreciation and pride to announce that their takeoff was a success. 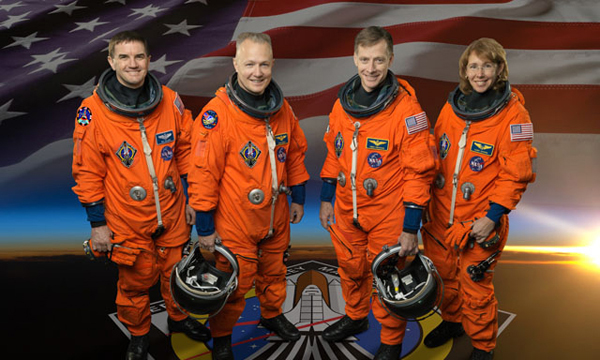 It is also with great sadness to say that this will be NASA’s last mission into space with the Atlantis Space Shuttle. With Former President Bush’s Vision for Space Exploration finally enacted, NASA’s STS program comes to its retirement in lieu of a more advanced shuttle type that may be in service in the near future (though obstacles stand in the way). Let’s take a moment to remember all the great things NASA has achieved with their space shuttle program.

The program started as a design concept in 1969 that would replace the Apollo missions with a more cost-effective craft equipped with an advanced jet propulsion system, thrusters, and an external fuel tank. In the program’s initiation in 1976, NASA and the White House deemed it appropriate and relevant to its purpose that the first-built orbiter shuttle was to be named Enterprise, in direct reference to the USS Enterprise on Star Trek (yep, even then Star Trek was a central influence to NASA’s space program). Even though the Enterprise was never intended for launch, NASA was determined to send a manned shuttle flight into space, even if they had to build a new one from scratch.

The Columbia STS-1 was the first shuttle launched into space for test orbit around the Earth on April 12th 1981. The program’s initial success prompted NASA to continue the program, developing more advanced shuttles like the Discovery, the Endeavour, and the Atlantis. The STS program was responsible for deploying the Chandra X-Ray Observatory, the Hubble Space Telescope, the International Space Station, and interplanetary probes, like the Galileo and the Magellan, which all offered us vital information regarding the origin and evolution of our solar system and of the galaxy throughout.

Despite all of its achievements, the STS program was not without failure; Mankind lost some of its bravest and finest in its attempts to push the boundaries of the impossible:

On January 28th 1986, the space shuttle Challenger STS-51-L disintegrated 73 seconds after launch due to a mechanical failure in the shuttle’s right solid rocket booster, tragically killing the seven astronauts on board. 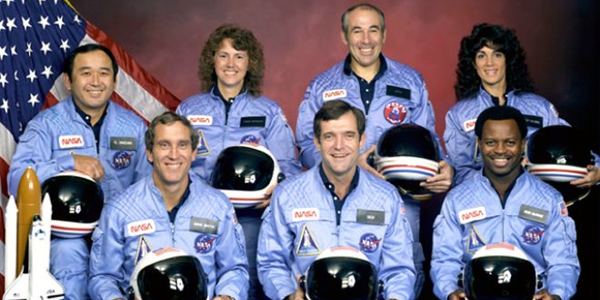 On February 1st 2003, Columbia STS-107 was destroyed upon re-entry into Earth’s atmosphere due to damaged thermal protection tiles on the craft. All seven astronauts sadly lost their lives that day. 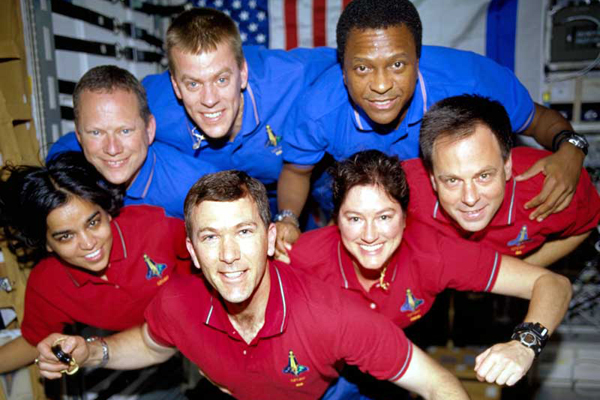 Even in the face of tragedy and despair, we continue in pursuit of knowledge and peaceful exploration among the stars. Today, Mankind leaves a lasting footprint in space, as we make our last farewell to NASA’s 30-year old space shuttle program…but not forever.

NASA has been developing new types of spacecraft (multi-purpose Crew Exploration Vehicles) dubbed the Orion and the Ares as part of their Constellation Program. The new space program seeks to develop technology that would enhance flight to carry humans to the moon once again and even farther. Plans for the first manned space flight to Mars are already in the works; the Mars mission is proposed to take place sometime in 2031. NASA is currently performing test flights of this new rocket in the lower atmosphere to make preparations for the eventual return to space.

The Ares I spacecraft, developed by NASA in this new program, is scheduled for a test launch to the moon on November of 2014, already 3 years ahead of its original date in 2017. However, in the wake of a crippled economy and a multi-trillion dollar national debt, President Obama has proposed that Congress cut funding to the program entirely, citing “rising costs” and “delays.” (source: New York Times)

Despite the impending doom of the new space flight program, NASA’s enthusiasm and promotion of the Constellation Program serves as a constant reminder that explorers are not bound by politics but rather tasked by the Universe Herself to discover and strive to become better than they are at present. Captain Picard and Commander Riker would be the first to testify for Mankind’s greatness, even to defy Gods like Q:

Indeed, space is “wondrous, with treasures to satiate desires both subtle and gross. But it’s not for the timid.” (Q, “Q Who?” Star Trek: The Next Generation) And as such, we, Mankind, are compelled by the mysteries of the unknown to achieve the impossible and force open the door to discovery and exploration.

To boldly go where no man has gone before

That was our motto… and it still is.
Tom Caldwell has a Bachelor’s of Science in biochemistry from UCLA. He is currently working towards a Ph.D. in molecular biology.