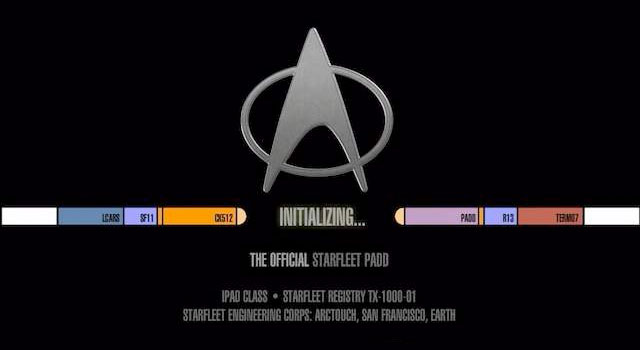 Today CBS Mobile released the official Star Trek PADD app for iPad. While several apps have previously been released for both iPad and iPhone, this marks the first by CBS to use the LCARS interface. The app will essentially turn your iPad or iPad 2 into a PADD, as seen on TNG, DS9, and VOY. It features Starfleet data such as crew bios, starship information, episode guides along with official Twitter and Facebook feeds.

Developed by ArcTouch, the app is available for $4.99 in the iTunes Store.

The Official Star TrekTM PADD (Personal Access Display Device) immerses fans in a rich interactive database of Star TrekTM information and images with an authentic reproduction of the LCARS style interface introduced in the Star Trek: The Next GenerationTM series.

The PADD provides access to the official Star TrekTM database from StarTrek.com of aliens, ships, places, technologies, and episode guide. The app includes a true reproduction of LCARS, the computer interface commonly used in Starfleet and the United Federation of Planets during the 24th century, and includes familiar computer sound effects and voice, making it enjoyable to everyone.

Features of the Star TrekTM PADD app include:

The official Star Trek PADD app database does not include all information within the Star Trek Universe. We will continue to update the database as information becomes available.

This is the official Star TrekTM app produced for CBS by ArcTouch. 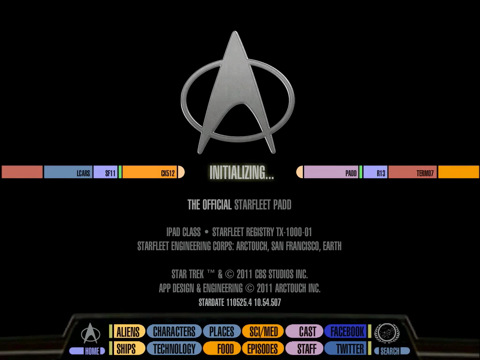 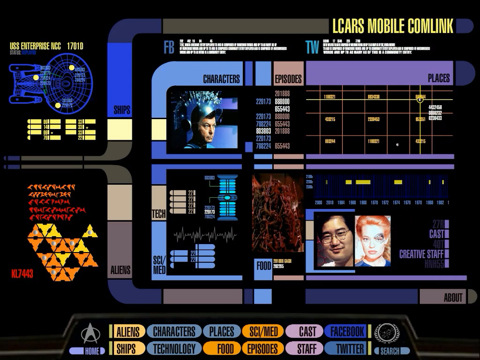 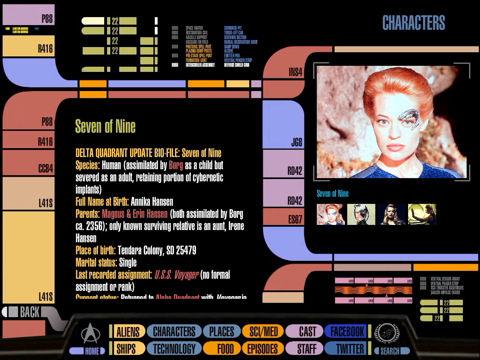 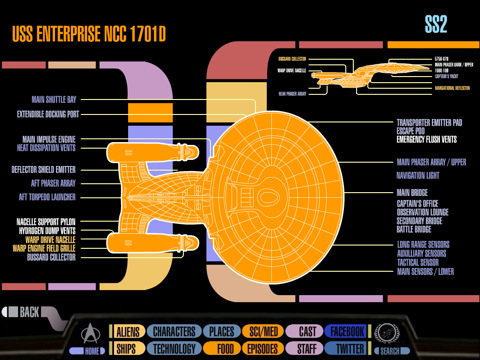