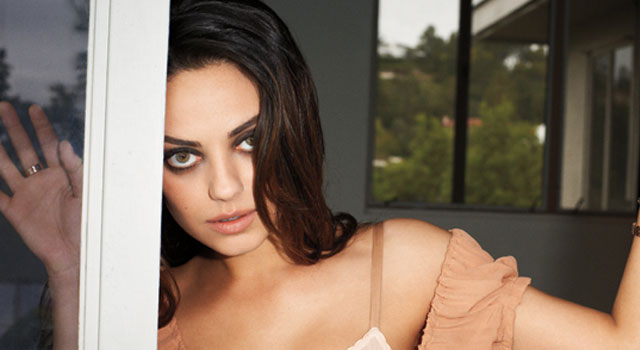 In the August 2011 issue of GQ Magazine, actress Mila Kunis talks about her love of Star Trek.

During the interview Kunis talks about becoming a fan in her late teens saying “I got into it in my late teens—18, 19, 20. Something like that. I got into it later than most people. But let’s not talk about it in the past tense. I’m still a Star Trek fan. You never stop being one.”

She went on to list her favorite series “The Next Generation; the original series; then Voyager… After Voyager, then I have Deep Space Nine. Then last is Enterprise.”

When asked if her Star Trek fandom extended past watching the show, Kunis talked about visiting Quark’s Bar, saying “I went to the Star Trek Experience in Vegas maybe five years ago. I hung out with a bunch of fake characters inside Quark’s bar. There were all these actors there pretending to be the different characters from the different shows. Yes, I loved it.”

“I also have a signed Leonard Nimoy photo in a little frame that a girlfriend gave to me for my 21st birthday. And I’ve got a bunch of vintage Star Trek figurines given to me by Jason Segel. God, it’s so embarrassing.” said Kunis.