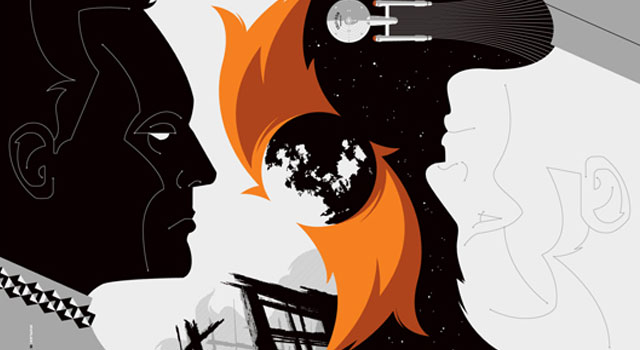 On Friday the popular printing boutique Mondo will be releasing yet another in their Star Trek series. The 18″ x 24″ print entitled “Star Trek: Let That Be Your Last Battlefield” was designed by artist Tom Whalen is limited to 215 and will be hand numbered.

Mondo will announce the online sale through Twitter at a random time on Friday, July 15th. If you’re interested in buying one, be sure to jump on it quickly, as these sell out extremely fast. 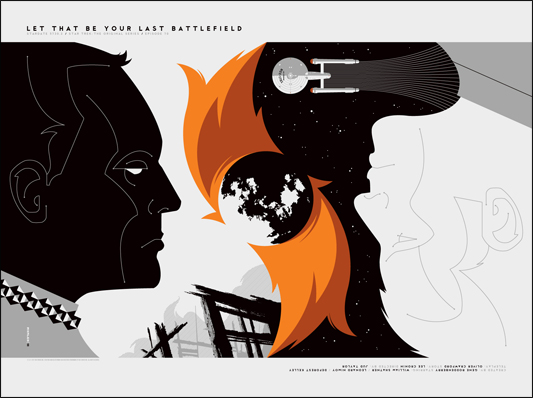 “Let That Be Your Last Battlefield” was the fourteenth episode in the third season of Star Trek, originally broadcast on January 10, 1969.