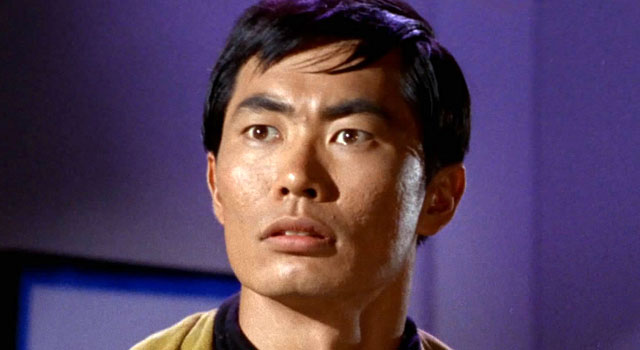 If you’re in the Southern California area this weekend, join , Sally Kellerman, & Marc Zicree for a special Star Trek screening this Saturday at the Paley Center for Media in Beverly Hills. The screenings will begin at 1PM and will include two original series episodes “The Cage” and “Where No Man Has Gone Before” along with an episode of the popular fan-created series Star Trek: New Voyages “World Enough and Time”.

While the screenings are absolutely free, an RSVP is required. Which you can do here.

Celebrate the 45th anniversary of the series that took us “where no man has gone before” with screenings of the original Desilu-produced pilot, “The Cage,” starring film star Jeffrey Hunter; “Star Trek New Voyages: World Enough & Time”, an episode of the award-winning fan-created series set in the Trek universe follows at 2pm. This special presentation, starring George Takei, will be preceded by introductory comments by its Director, Marc Scott Zicree, plus Robert Butler. ‘World Enough & Time’ was also nominated for the Hugo and Nebula Awards.

A screening of the second Trek pilot, “Where No Man Has Gone Before,” rounds out this celebration of television’s most successful and iconic sci-fi franchise.

Where No Man Has Gone Before – 3PM

Screenings are free, but rsvps are required; to rsvp, please visit: https://www.ovationtix.com​/trs/pe/9123725

UPDATE: George Takei will not be at the event as he’s currently in New York.
Thanks to Subspace Communique for bringing this to our attention.