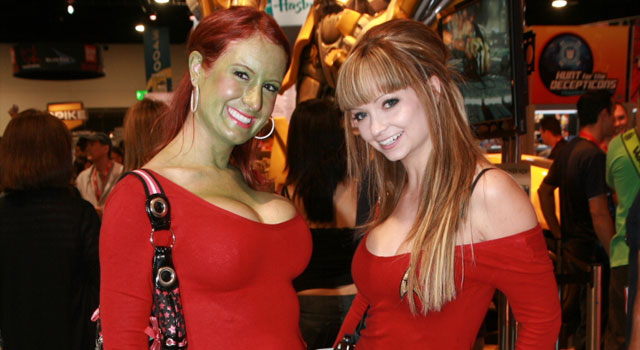 The Star Trek franchise was well represented at the 2011 San Diego Comic-Con by companies and fans alike.

Some of the Trek related events and offerings included Friday’s fantastic panel for “The Captains” with William Shatner, Avery Brooks and Scott Bakula, the “Star Trek Between the Cracks” panel hosted by author Larry Nemecek on Saturday, tons of Star Trek items available on the show floor from Anovos, Roddenberry Productions, and Lightspeed Fine Art. Plus, La-La Land Records premiered the Star Trek: The Next Generation 3-CD box set, prior to it’s official release on August 2nd.

Star Trek fans were also out in full-force throughout the weekend. Walking the show floor there were plenty of Captains, cadets, female officers, Klingons and Borg drones.

Exclusive photos from Friday and Saturday below.