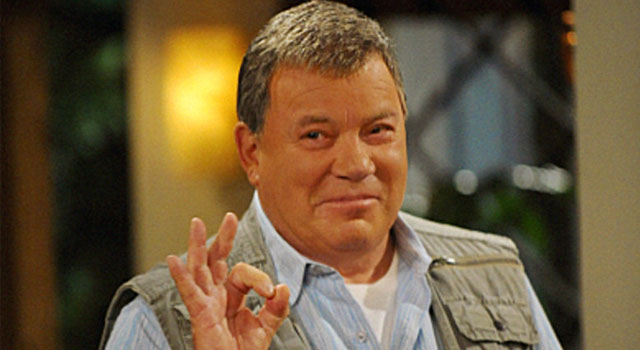 William’s Shatner’s documentary The Captains premiered on EPIX last month. Since then, Shatner has hosted two outdoor screenings of the film in Los Angeles and New York. The now 80 year old Shatner discussed the film along with the cancelation of his CBS television show $#*! My Dad Says, which was cancelled earlier this year, in an interview with New York Magazine.

When asked if he knew the other Star Trek captains prior to filming the documentary, Shatner said “Not at all, hardly; just a respectful nod in their direction when I would see them. And even Patrick [Stewart], I’ve had dinner with him several times, and we’ve talked, and we’ve bonded, but I didn’t know him very well, and what I found is that I’ve now made five friends, because in that day or so that we spent together, we saw in each other a spirit that we identified … the devotion to being an actor, that at all costs. You know, other than Chris Pine, everybody became an actor as a youngster at great sacrifice, to a lot of criticism from their family and friends.”

When asked about the cancelation of $#*! My Dad Says, Shatner said “They shouldn’t have canceled $#*! My Dad Says; it was too popular. And we were getting it right. I don’t know what happened in CBS’s mind. I’m told that it’s in the top ten in Canada, and here it was in the top twenty most of the time; it was in the top 25 all the time. So I don’t understand that. But having stopped, and then that drain on my time stopped, I wanted to get some things done before the drain started again. And so when it was canceled, I had anticipated having more time to do things. So I’ve set up a one-man-show tour in Canada, and if it’s good enough I’ll bring it to the United States; that’ll take place in the fall. And I knew this film was going to be good and we tried to edit it and sand it down as best we could, it being a documentary and having rough sound and rough picture at times.”