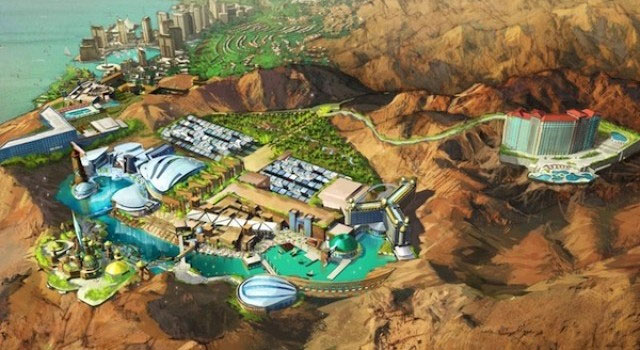 Jordan’s King Abdullah II has invested $1.5 billion into Rubicon Group Holdings’ Red Sea Astrium, a 184-acre entertainment resort, which will feature a “space-flight adventure” ride. Under license from CBS Consumer Products, the ride will be based on JJ Abram’s 2009 Star Trek film.

The planned attraction, which we first reported on back in May, will be located on the Gulf of Aqaba in the Red Sea.

King Abdullah, who was crowned the King of Jordan in 1999, is no stranger to the Star Trek franchise. He is been a long-time fan and even had a cameo on the Star Trek: Voyager episode “Investigations” back in 1996.