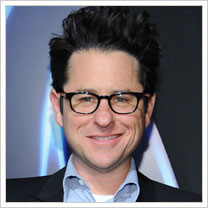 With the original release date of June 29, 2012 now scrapped, director JJ Abrams shed some light on the current status of the next Star Trek film, during a recent interview.

According to Abrams, both his team along with Paramount are focussed on the story and character development for the sequel and not jumping the gun to decide on locations, wardrobe, pre-production and visual effects budgets.

“There have been a lot of things that we’ve been working on, a lot of important elements that we just know we need to really nail down and solve.” Abrams said.

“Once you say, “We’re ready to go, but we don’t have a finished script yet,” or “I’m directing the thing and here’s the release date, but we don’t have a finished script,” what starts to happen – and I’ve seen this happen with a lot of friends of mine – is that you’re suddenly in production on a movie that they’re thinking, “Oh my god, we weren’t really ready. We thought we’d get it done in time, but we didn’t.” So, while we have a moment to say, “Let’s get the important things figured out,” then all the pre-production stuff will come. But, I just want to make sure that we’re putting the story and the characters, the cast and the crew, and most importantly the audience, first before we start talking about exactly which locations we’re going to be shooting at and what the wardrobe and visual effects budgets are.”

Regarding Paramount’s reaction to the delay of the film, Abrams said “All they care about – and I had this discussion very recently with Rob Moore – is that the movie be good. No one wants to take a step backwards.”

Read the entire interview at Collider.